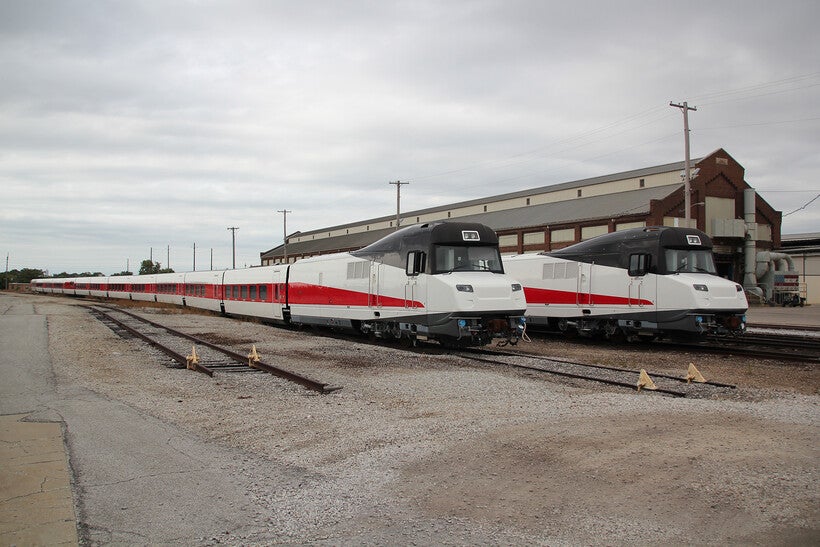 Two trains originally intended for a high-speed rail line to connect Madison and Milwaukee are headed for Nigeria. The governor of that country's Lagos State was in Milwaukee on Tuesday to purchase the unused trains.

The trains are set to become part of West Africa's first operational metro system, according to a press release.

"It's a little bittersweet," Johnson said after the event. "I'm sending my congratulations to the governor in Lagos State in Nigeria, but also a little disappointed that we missed out on the opportunity to have those trainsets operating here in Milwaukee and in Wisconsin."

It's the latest turn in a decade-long saga revolving around high-speed rail, which Wisconsin Public Radio previously covered in the 2019 podcast series "Derailed."

Milwaukee Alder Robert Bauman was not at the event, but said the ending is much like the entire storyline.

"It's kind of an absurd ending to an absurd tale," Bauman said.

In 2009, Wisconsin's then-Gov. Jim Doyle, a Democrat, announced a deal with Talgo for two new trains to be built in the state and used for a high-speed rail line between Milwaukee and Madison. In the same year, Wisconsin was awarded $810 million for the project in a federal stimulus bill.

Frank Busalacchi was Wisconsin's Secretary of Transportation at the time.

The plans died off after Republican Scott Walker became governor. But by 2012, Talgo had built the trains, and sent an invoice to the state for them. Later that year, Talgo terminated the contract and sued the state, kicking off a court dispute that lasted almost three years.

Ultimately, under the terms of a settlement between Wisconsin and Talgo, the state paid the company a total of $50 million for the trains, which remained under the company's ownership.

"The partisanship got so deep that literally, Wisconsin is making decisions that amount to shooting yourself in both feet," Bauman said. "Who buys a set of train cars, refuses to complete the contract, ends up getting sued, settles, pays out another $50-some million in damages, and then you don't even get the cars?"

The trains sat unused in an Amtrak facility in Indiana for years, a lasting reminder of the dispute. They eventually returned to Talgo's plant in Milwaukee in 2019.

"I'm glad that they were able now to sell them to somebody, that somebody is going to use them," Busalacchi said. "The fact that after many years, Talgo's found a buyer for the trains, I mean, kudos to them."

Around when the trains came back to Milwaukee, Talgo spokespeople floated the possibility of the trains finding a use on Amtrak's Cascades line in the Pacific Northwest, but last year Amtrak announced Siemens Mobility would produce new trains for the line instead.

"It is what it is," Bauman said. "They're moving on to Nigeria. Good for the Nigerians."

The first phase of the Nigerian metro system the Talgo trains are set to become part of is expected to begin operation later this year, serving up to half a million passengers in the Lagos area daily.

Johnson said conversations about high-speed rail in Wisconsin have not gone away.

"I hope that at some point, we're still able to realize that vision for a more connected community," said Johnson.

For more on the history of high-speed rail in Wisconsin, check out WPR's investigative podcast series, "Derailed."