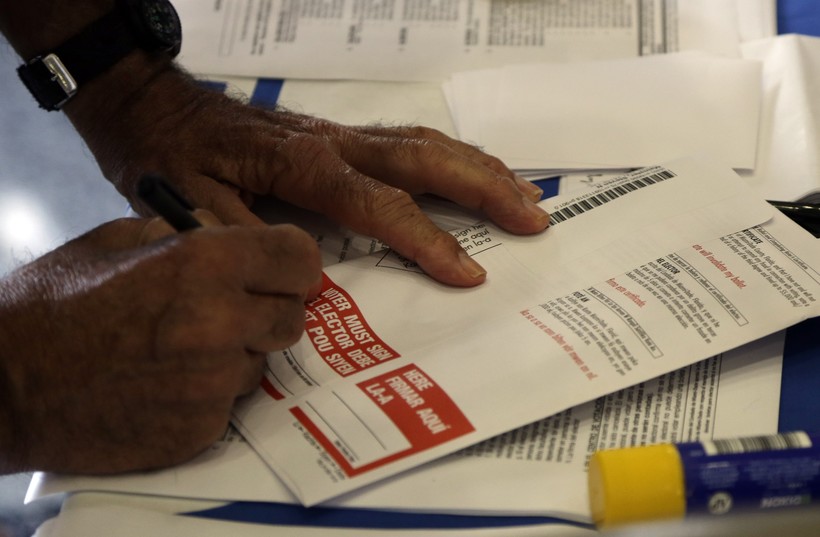 About 300,000 registered voters in the city of Milwaukee will receive an absentee ballot application in time for the fall 2020 general election.

The city’s Common Council unanimously approved the mailing Tuesday through a new program being called SafeVote.

"We can’t allow another horrific election day to happen in Milwaukee," Dimitrijevic said. "Wisconsin Republicans have proven just how far they’ll go to stop our most vulnerable communities from voting. We need to make sure every single vote is counted this fall, and that means giving all voters the resources they need to vote from the safety of their own homes."

Neil Albrecht, executive director of the Milwaukee Election Commission said people in the city, state and across the country need to think about how people will have access to a ballot and voting this fall, particularly since experts are forecasting a prolonged COVID-19 landscape.

"April occurred in an environment of chaos and a lot of instability, so I think the more proactive we can be in creating safe opportunities for the public, the better," Albrecht said.

Albrecht said as his office develops the plan, they'll acknowledge the communities and people who were left behind in the last election, particularly people in poverty who struggled with the online application process, or uploading their photo ID.

"As we develop this plan, we are really going to pay attention to ensuring all communities, and all Milwaukee residents are returned to having the same opportunity to vote in the election," he said.

During a press conference Monday, Milwaukee Health Commissioner Jeanette Kowalik said six voters and one poll worker appear to have contracted COVID-19 during the April 7 election in Wisconsin.

So far, Milwaukee health officials only have 30 percent of data relating to any COVID-19 cases associated with the spring primary.

Similar SafeVote legislation is expected to be introduced at the Fitchburg City Council on April 28 by Joe Maldonado and by the end of the month by Madison Alder Max Prestigiacomo.

Lawmakers in Racine will introduce legislation inspired by the SafeVote program in the coming weeks, according to the Working Families Party.

In Milwaukee, the executive director of the Milwaukee Election Commission has 30 days to send the application for the absentee ballot to all registered voters in the city. Voters will also receive a postage-paid return envelope in time for them to participate in the November election.

"The spectacle of thousands of citizens gathering to vote in the spring 2020 general election, while in a way inspiring, was an unacceptable danger to their own well-being and that of others and must not be repeated," according to the Milwaukee resolution. "Under these circumstances, voting by mail must be seen as the best way to ensure the best possible participation in a vital election."

Priscilla Bort, an organizer with the Wisconsin Working Families Party, said there can’t be another repeat of what happened on April 7.

"We know what the Wisconsin Republicans are so committed to, in using this pandemic to weaponize all of this, to massively disenfranchise, black, brown and lower income voters and turn voting into a death threat," Bort said. "We see this in protecting the health and wellness of voters while at the same time, protecting our democracy."

During a virtual event last week with the state party chairs hosted by WisPolitcs.com and the Milwaukee Press Club, Republican Party Chair Andrew Hitt was asked about the Milwaukee proposal.

He said he supported absentee ballot applications being mailed to voters, as long as it was happening statewide.