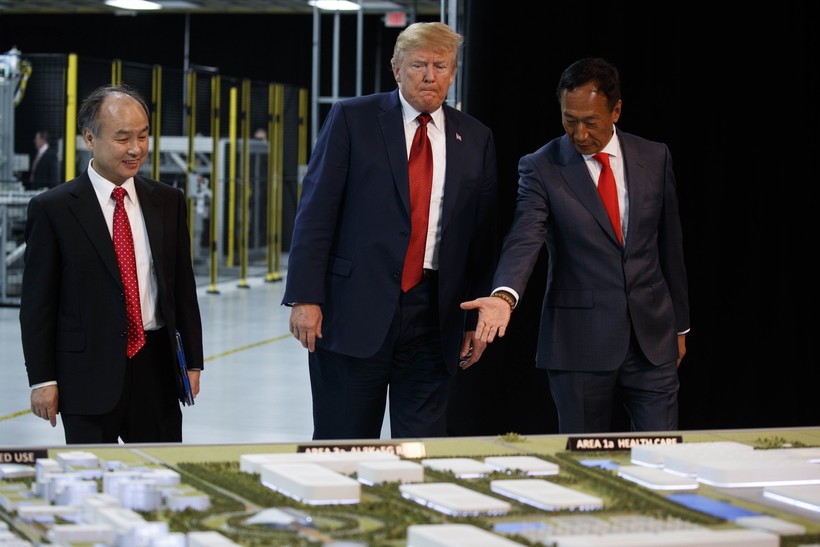 After Conversation With Trump, Foxconn Says It Is Building Manufacturing Plant In Wisconsin

Announcement Comes After Confusion Over If Foxconn Plant Will Come To Fruition
By Corri Hess
Updated:
Friday, February 1, 2019, 1:10pm
Share:

After a week of conflicting reports about Foxconn's plans for Wisconsin, the company announced Friday it will move forward with original plans to construct a manufacturing plant in Racine County.

Foxconn Technology Group released a statement saying after a "personal conversation" between President Donald Trump and Foxconn Chairman Terry Gou, the company will move forward with the planned construction of a Gen 6 fabrication facility.

Great news on Foxconn in Wisconsin after my conversation with Terry Gou! https://t.co/2wtuCdl7TX

The campus will serve as both an advanced manufacturing facility as well as a hub of high technology innovation for the region, according to the company.

"Our decision is also based on a recent comprehensive and systematic evaluation to help determine the best fit for our Wisconsin project among TFT technologies," according to the statement. "We have undertaken the evaluation while simultaneously seeking to broaden our investment across Wisconsin far beyond our original plans to ensure the company, our workforce, the local community and the state of Wisconsin will be positioned for long-term success."

On Wednesday, Reuters reported Foxconn wouldn't be manufacturing televisions in Wisconsin. That story quoted Louis Woo, a special assistant to Gou, who cited the steep costs of manufacturing TV screens in the United States.

The Reuters story set off a flurry of tweets and other social media posts with Republicans blaming Democratic Gov. Tony Evers for the change and Democrats pointing fingers at Republicans for entering Wisconsin into the $4.5 billion Foxconn incentives package in the first place.

The group said they remain committed to making sure Foxconn's investment to the community will bring "unparalleled economic development, job growth and enhanced quality of life to Racine County and Wisconsin."

Foxconn's announcement doesn't include a timeline for construction.