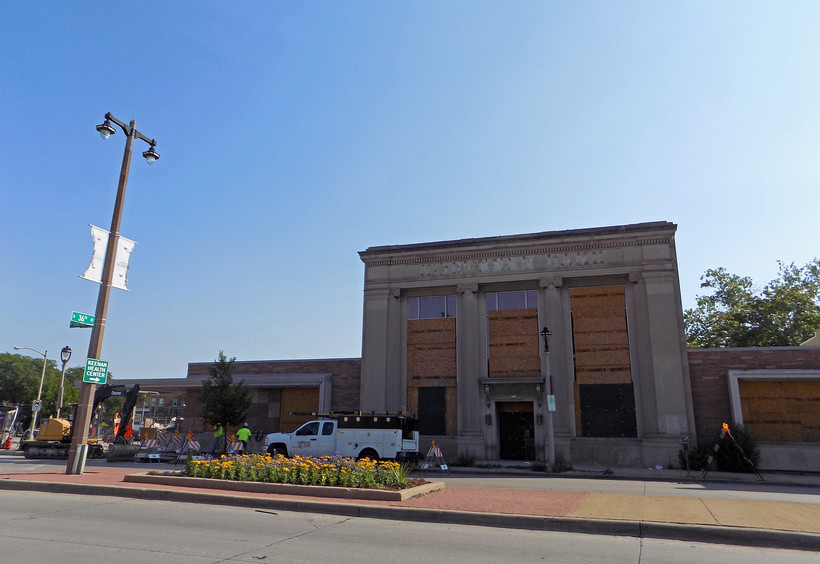 Officials in southeastern Wisconsin expect Foxconn’s manufacturing facility in the Village of Mount Pleasant to spur economic development in the region.

But on the north side of Milwaukee, leaders of a smaller development say they’re hoping to drive investment in the inner city.

The development is an investment in a neighborhood that boasts the most diverse population in the state's biggest city.

A little more than two years ago, Sherman Park saw back-to-back nights of unrest when protests against the fatal police shooting of 23-year-old Sylville Smith became chaotic. As tensions rose, police cars were smashed and fires spread across the neighborhood, burning down a gas station, a former BMO Harris bank and other nearby buildings.

In the aftermath of the unrest, community members and Milwaukee officials looked at how they could best rebuild the community while offering services that would benefit residents.

That's how the concept for Sherman Phoenix was born.

The development, meant to symbolize a rise from the ashes and a rebirth, cost $4 million. It received $250,000 in state grants and $215,000 in city funding, the rest is covered through philanthropic donations, angel investors and local investors.

JoAnne Sabir, developer and future Sherman Phoenix tenant, helped lead the $4 million fundraising efforts to convert the former BMO Harris bank into what will be a commercial center.

As it stands, the former bank is not quite ready. Construction equipment sits next to the main entrance and while the back end has new plate glass windows, the windows at the front of the building are still boarded up.

In the lead up to its grand opening, Sabir maps out where businesses will move into come November.

"So that’s where Embody Yoga will be, and this area will be our vegan restaurant and our Buffalo Boss," Sabir said. 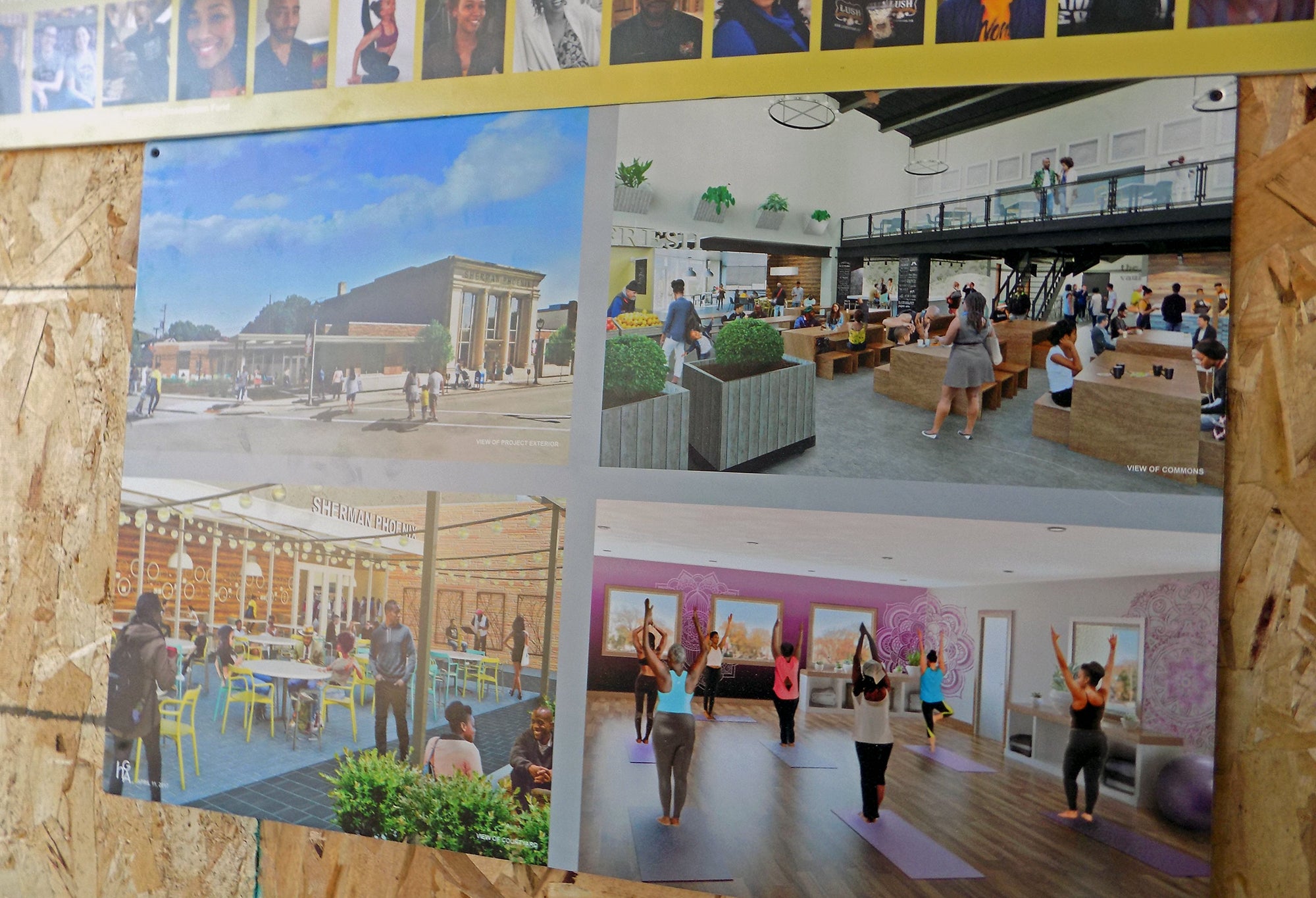 Plans showing what Sherman Phoenix will look like when complete. Ximena Conde/WPR

"We really look at this as a place that you can live, you’ll be able to get acupuncture, eat some fried chicken — it’s organic — and some vegan food," Sabir continued. "There’ll be a spectrum of goodness."

More than 20 business owners will go into the space including a handcrafted jewelry store, a nail salon and a paint-and-drink studio.

Sabir said tenants see the space as a place where the community can hold neighborhood events and see temporary local art exhibits.

Sherman Phoenix will also provide a comprehensive support system for its tenants — most of whom are people of color.

Tenants will have access to workshops, a diverse pool of mentors and coaching sessions. They'll also have access to wellness services like acupuncture. Through partnerships, business owners will also have the opportunity to work with nonprofit organization BizStarts, where they'll be able to master the technical skills required to run their growing businesses.

Access to this type of support is rarely available for business owners of color, Sabir said.

Beth Haskovec, commercial revitalization program officer of Milwaukee’s Local Initiatives Support Corp., echoed Sabir's sentiment. She pointed to dozens of organizations that help entrepreneurs access capital, marketing and bookkeeping services, but there are gaps in support and information may not reach business owners of color.

"The segregation in Milwaukee impact people of color differently than their white counterparts in the city," Haskovec said. "And so I think just the way that people build relationships, the networks that they have, limits people’s ability to connect to resources that might be available to them."

To streamline these resources, Sherman Phoenix will offer business owners a one-stop-shop for all of their needs.

Joanna Brooks is a future tenant of the new building and heads the entrepreneurship support program. Brooks owns Embody Yoga and has been giving her classes out of a shared space. 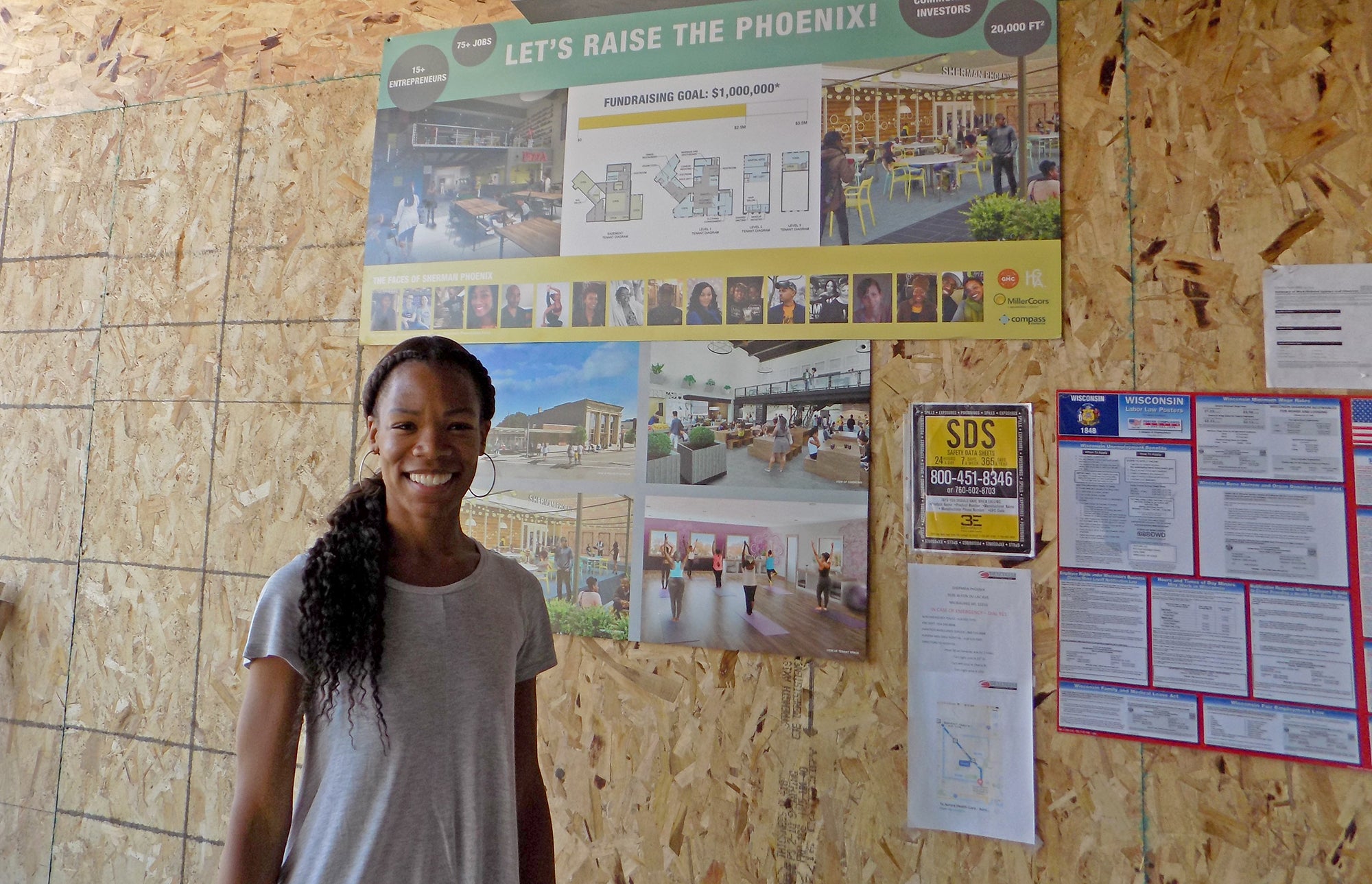 Joanne Brooks, owner of Embody yoga and head of the Phoenix's entrepreneur support program, explains what the development will look like when its finished.  Ximena Conde/WPR

Brooks said she and most of the Phoenix's tenants already have thriving businesses.

Planners are hoping the project will attract new customers for tenants by becoming a destination like the Third Ward's Milwaukee Public Market.

But while Sherman Park resident Rhonda Hill is skeptical the development will gain popularity outside the neighborhood, she said she's still excited.

"The Sherman Phoenix being there and having a lot of black businessmen and women there that other people in the neighborhood can see, that inspires, I think hope," Hill said. "And gives the rest of the residents an idea of 'OK, what can I think of? What can I dream of? Maybe I could put my business in there, too.'"

Brooks said that's the sort of thinking the project hopes to inspire. For her, reaching the milestone of having a brick and mortar is also pushing her to think about what’s next for her business.