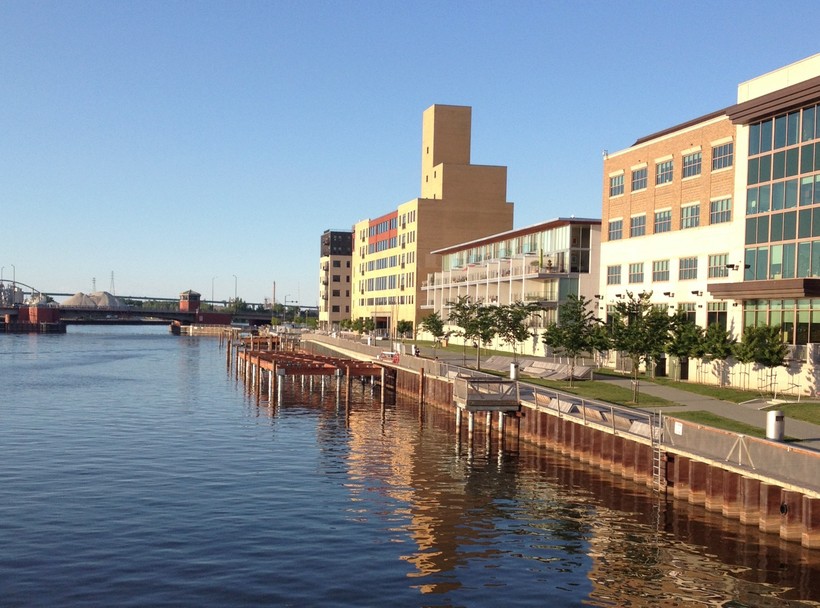 Zima Has Served Green Bay For 40 Years, Recently Plagued By Complaints
By WPR Staff and The Associated Press
Share:

A local politician elected to represent residents of Green Bay for 40 years has been voted out of office.

Johnson, said he was surprised he won against the long-time alderman.

"I think it's a surprise to everybody," Johnson who serves as the executive director for the Green Bay nonprofit On Broadway, said. "I mean you're talking about a 40-year incumbent, 40 years of service to the community and certainly Mr. Zima should be commended for that."

Zima has been an opponent of Green Bay Mayor Jim Schmitt who says he won't miss him. Schmitt previously announced his current term would be his last.

Zima was instrumental in trying to oust Schmitt from office after Schmitt pleaded guilty to three misdemeanor counts of campaign finance violations. In February 2017, Schmitt narrowly survived the move by the city council to eject him from office.

Zima and Schmitt have continuously butted heads, fighting over many city issues, including developments. At times, the two had shouting matches in the council chambers, WPR previously reported. Zima's behavior also lead the city attorney to restrict Zima from meeting one-on-one with city employees. The city attorney previously told WPR he had made employees cry, called them names and yelled at them.

As to the personality conflicts between Zima and Schmitt, Johnson said people, "wanted to see civility and decorum brought back to the city council."

Johnson added, "They looked at what was going on with a number of the council members as well as the mayor's office and said, 'We've had enough and would like to see people work together.'"

David Helpap, a professor of political science and public administration at the University of Wisconsin-Green Bay, follows local politics in northeastern Wisconsin. He said Zima has been a "long-term fixture" in city and county governments, and has a reputation for serving his constituents well, but also has a reputation of being hard to work with.

"There were clearly issues in the city council chamber itself, decorum issues and recent concerns about behavior with city staff and employees," Helpap said.

Of the dynamics between Schmitt and Zima, Helpap said "perhaps now with that gone, it should calm things down to some degree."

But he didn’t think Zima’s loss will give Schmitt carte blanche.

"You still have a few people on the council that have historically voted against the mayor on a number of different issues. But I think you would see some change," Helpap said.

So what's next for Zima? He told WBAY-TV he may be preparing to run for mayor.

"Well, maybe it will let me rest up a little bit and get ready for the mayor's race," Zima told the TV station after the election results came in.

Helpap said new faces and personalities on the council, including more women, will be worth staying tuned to. He said the body will have a new look. "In the not-so-distant past it was all white men," he said.