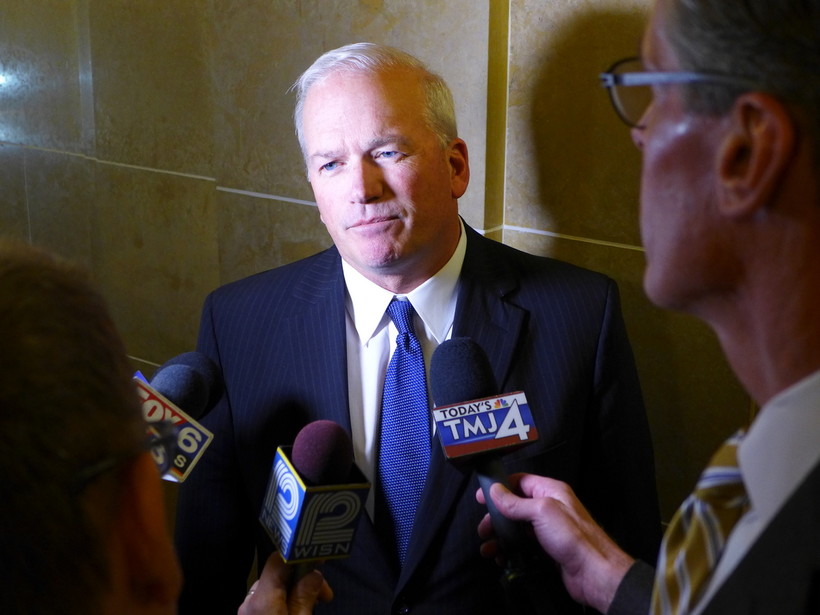 State Senate Majority Leader Scott Fitzgerald, R-Juneau, said Wednesday he doesn't know if he has the votes to pass a $3 billion state incentive package for Taiwanese tech giant Foxconn. He said his colleagues still have a lot of questions about the deal.

"We should be cautious," Fitzgerald said. "That’s what we're doing right now, is the due diligence to make sure that this is a good deal for the state, a good deal for locals."

Fitzgerald said Senate Republicans have discussed adding a new requirement to the package that would hold Foxconn to creating a certain number of jobs by specific dates.

Fitzgerald also called a nonpartisan fiscal analysis of the package "striking." That analysis, released Tuesday, estimated Wisconsin wouldn't break even on the Foxconn deal until the year 2043.

The Senate leader also said he still believes the state budget should be completed before the Foxconn deal. The budget is now more than a month past its deadline.

Meanwhile, Assembly Republicans have shared an updated timeline for moving forward on the Foxconn deal, whith a committee vote expected early next week.

They say they're working with Gov. Scott Walker and Democrats on possible changes to the incentive package.

"Since our hearing, our committee has entertained a number of ideas for how this legislation can be made better," said jobs committee chair Rep. Adam Neylon, R-Pewaukee. "Working with members from both sides of the aisle, I remain committed to finding workable solutions as we look to enhance this bill."

Republican lawmakers have discussed adding language to the bill that would require Wisconsin businesses to be given preference as Foxconn hires construction companies and contracts with suppliers. Other changes are also possible.

Fitzgerald said Wednesday the Senate has not been working with the Assembly on its amendments, which could slow down the process for reaching consensus on the deal.

Assembly leaders said they expect their chamber to vote on the incentive package as soon as next Thursday, Aug. 17.

The state Senate has yet to hold a public hearing on the Foxconn package.