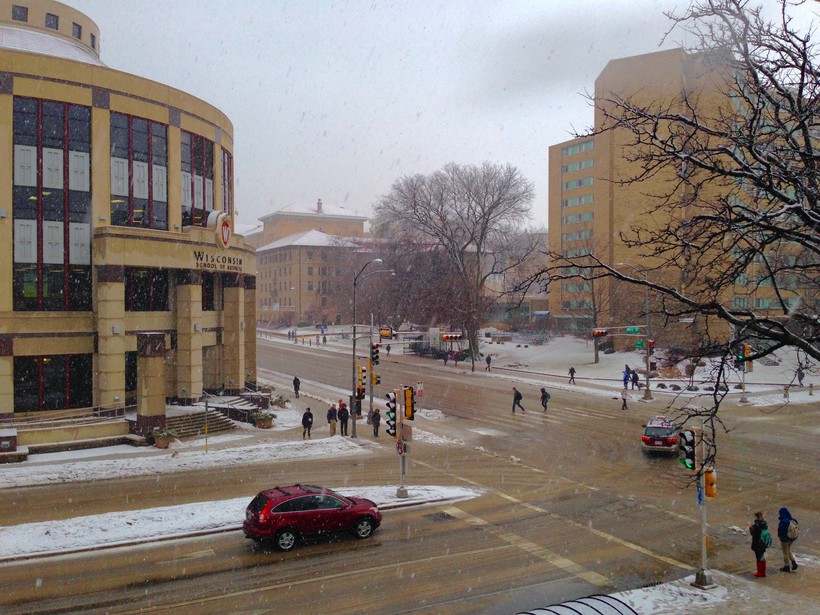 Trump Administration Ordered Freeze, Not Clear How Long It Will Last Or Which Grants It Will Impact
By Avory Brookins
Share:

University of Wisconsin-Madison researchers are concerned about the future of scientific innovation in the wake of a freeze on grants and contracts funded by the Environmental Protection Agency.

The Trump administration imposed the freeze this week, but it’s not clear how long the freeze will last or if it will impact just new or current grants.

As of Wednesday, the EPA has not issued formal notices freezing UW-Madison’s grants, Kassulke said.

Bill Murphy, co-director of the UW-Madison Stem Cell and Regenerative Medicine Center, is an EPA-funded researcher. With a $6 million grant he’s been able to research the effects of environmental toxins on human tissue grown outside of the body in a petri dish.

Murphy is two years into the four-year grant. The grant is dispersed periodically and funding is contingent on the project’s progress, Murphy said.

If the freeze does effect UW-Madison’s funding, the public would feel the impact, Murphy said.

"We’ll understand less how environmental toxins affect human tissues," Murphy said. "The projects that we have ongoing look at the effects of environmental chemicals on development of the human brain, development and progression of breast cancer, on reproductive toxicology, so basically on toxicity to developing fetuses, and on the toxicity to the liver."

Murphy is concerned freezing EPA grants would limit the innovation in his field.

"It means less progress on really important scientific questions and development of really important technologies, and it means the status quo way that we do things becomes the most common way of doing things," Murphy said.

If Murphy didn’t have funding from the EPA, this research project wouldn’t be able to continue, he said.

UW-Madison has four pending proposals to the EPA at a potential value of $1.8 million, Kassulke said.

The Trump administration has banned the EPA from posting updates on social media.