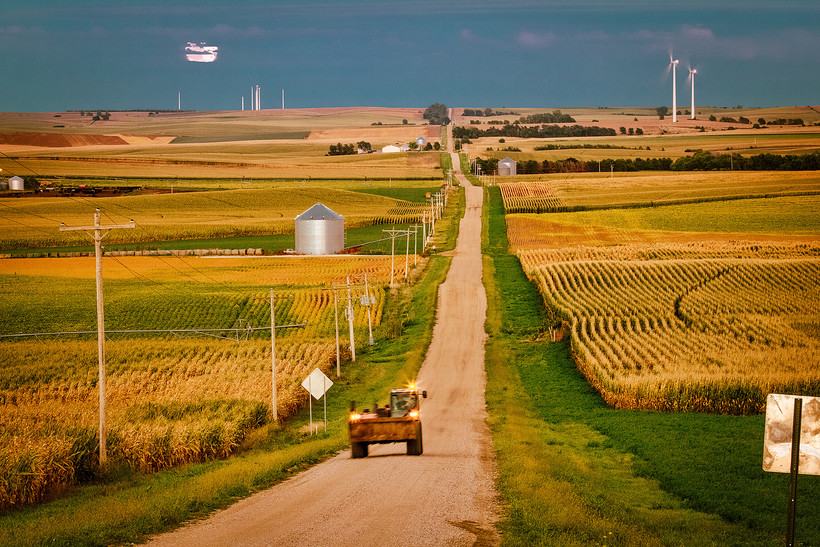 No Farm Is 'Removed From The Cares Of The World'

For one year, Ted Genoways observed the Hammond family farm in north-central Nebraska. The result was his book, "This Blessed Earth: A Year in the Life of an American Family Farm."

"I wanted to see for myself how much large issues really come to bear at the micro level, how they show up on a daily basis on the farm," Genoways said.

From 2014-15, the Hammond family dealt with problems that farms across the United States did: staggeringly low commodity prices, increasingly unpredictable weather due to climate change and unaffordable equipment. Between the time they planted and harvested their crops in 2014, prices fell by nearly 50 percent, Genoways said.

In following this one relatively small operation so closely, Genoways came to have a strong sense of how national-level policies affect farms, both small and large.

"(Even for) this place (with) small acreage that’s someplace out in the countryside and removed from the cares of the world — the most pressing issues of our time find their way there every day," Genoways said.

In particular, many farmers were relying on the Trans-Pacific Partnership — which President Donald Trump withdrew from in January — to open new markets for beef and pork, and to sell off surplus grain, Genoways said.

Other national issues Genoways points to that may impact farmers include the potential renegotiation of a free-trade agreement the U.S. has with South Korea, and the construction of a wall along the U.S.-Mexico border.

South Korea has become a major new market for U.S. soybean exports in the past few years, Genoways said. And Mexico has threatened to cancel U.S. corn imports if the wall is constructed; Mexico accounts for about 20 percent of U.S. corn exports, he said.

"The only reason to really be involved in farming is because you have a deep connection to the land, to the animals, and that you want to be producing something that is meaningful," people don’t do it for the money, Genoways said.

Genoways continued, "If we want to make things better for farming for the generation to come, we have to figure out what sort of incentives and premiums we build into the system to help prop up the kinds of operations that we would like to see more of."