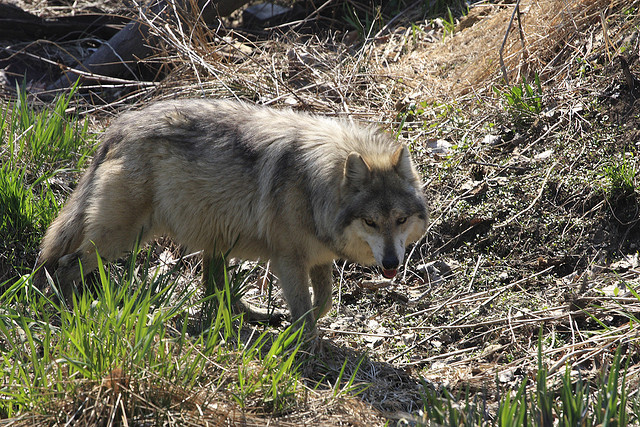 No Dogs in Wolf Hunts, For Now

A circuit court judge has temporarily blocked part of Wisconsin's new wolf hunting law, banning the state from issuing licenses that allow the use of dogs to hunt wolves.

Dane County Judge Peter Anderson made it clear in his oral ruling that his decision did not prevent people from hunting or trapping wolves without dogs. For the time being, Anderson sided with a coalition of humane societies that contend allowing the use of dogs to hunt without regulation would lead to mass carnage.

Attorney Carl Sinderbrand represented those groups and praised the judge's ruling. "He's an independent set of eyes that looked at this and said 'DNR, you're just wrong.' And why are you engaging in what no one here wants, which is the unnecessary and brutal attacks that will occur between wolves and dogs."

The Department of Natural Resources said it was disappointed in the ruling and was reviewing what to do next. Both sides are scheduled to be back in court in two weeks.

The Department's contention, reiterated by Attorney Cynthia Hirsh Friday, is that the law requires them to allow dogs for hunting. "The problem is there is no option in the law to issue licenses that don't involve the use of dogs."

That suggestion drew a sharp rebuke from Judge Anderson. Anderson said, "This court determines what's possible for the defendants. They're parties to an action before the court, and the court is saying to the defendants: don't issue licenses that authorize the use of dogs."

Anderson said one option for the Department would be to issue wolf-hunting licenses with stickers that they could change depending on what happens in this legal battle.