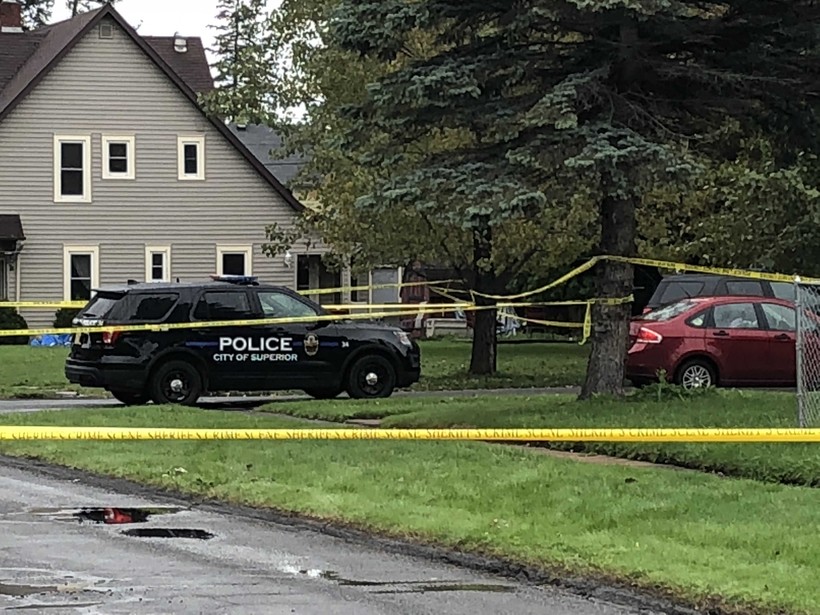 Three officers were involved in the shooting of an unarmed man in Superior on Oct. 5, 2018.
Danielle Kaeding/WPR

No Charges Filed Against Officers Involved In Superior Shooting

A northern Wisconsin district attorney says three police officers acted reasonably when they shot and injured an unarmed man in Superior this past October. No charges are being filed against them.

A review by the Barron County District Attorney's Office found body and dash cam video showed 19-year-old Joshua M. Farmer told officers he was armed and had threatened to shoot them. The district attorney concluded officers Christopher Woolery, George Gothner and Michael Kendall acted in self-defense when they shot Farmer after he removed a shiny metal object from his pocket and pointed it at the officers.

A wrench was located at the scene, which is believed to be the object Farmer pointed at them.

"The officers had no reasonable opportunity to use other alternatives," wrote Barron County District Attorney Brian Wright. "They were faced with a man who insisted he had a gun and was going to use it. The reasonableness of the officers’ actions in this case is not diminished by the fact that Mr. Farmer was bluffing when he said he had a gun. There was no way for the officers to know that what he said was a gun was actually a wrench."

Wright said officers have a "legal privilege" to use deadly force to protect themselves or others in order to prevent imminent death or bodily harm.

State investigators also found Farmer had made numerous searches on his cell phone about how to commit suicide, including the day of the shooting.

Farmer is being charged with threatening law enforcement, obstructing an officer and retail theft in Douglas County Circuit Court. A warrant has been authorized for his arrest. No attorney was listed for Farmer.