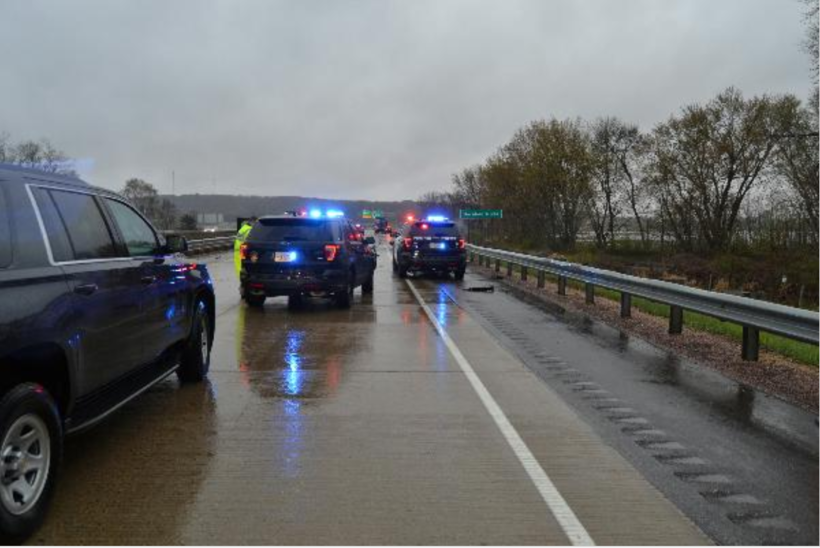 Driver Was Wanted In Connection To An Assault, Kidnapping Of Woman At Wausau-Area Restaurant
By Rob Mentzer
Share:

Police won't face charges in a crash that killed two men who were in the midst of a high-speed chase through Columbia County last April.

According to police, Ter-rance Phillit Simmons assaulted a woman and her co-worker at a restaurant in Schofield on April 28. The victim told police that the younger Simmons stomped on her head and dragged her through the rocks into an SUV. He attacked the woman's co-worker when the co-worker tried to help the victim.

Simmons released the victim, who went to police.

Police tracked Simmons' phone and found him early the next morning heading south on Interstate 39, driving a black Nissan Altima that was later found to have been stolen, according to the report of the Columbia County District Attorney's Office, which investigated the case along with the state Department of Criminal Investigations.

When the younger Simmons saw police cars, he accelerated to more than 100 mph. Officers along Interstate 39 tried to get him to stop numerous times. It was cloudy and raining, and officers said they feared losing sight of the vehicle.

At around 7:45 a.m., Wisconsin State Patrol Trooper Jeffery Hoffman put down spike strips near the Baraboo River Bridge in the Portage area. When Simmons hit the strips, he lost control of the vehicle, ramming the back of a semi. Both brothers died in the crash.

The investigation found vehicle data that showed Simmons had accelerated to 117 mph in the 5 seconds leading up to the crash.

Police dash camera and body camera footage released by the DOJ shows the car driven by Ter-rance Phillit Simmons racing toward the spike strips in the moments before the crash, as well as officers' response to the crash scene. A camera inside the rear-ended semi captured the sound of the moment of impact.

Police found a stolen handgun in the car and four ounces of white powder believed to be illegal drugs packaged in nine plastic bags, according to the report.

It is state law in Wisconsin that an outside agency investigate deaths involving police.

The Washington Post, which tracks police shootings, lists nine fatal shootings by police in Wisconsin in 2019. These include a shooting of a man in Arpin in June after he grabbed a knife, and a shooting in May in Milwaukee of an armed man police came upon while searching for a homicide suspect.

Also in May, a firefighter was killed and a police officer and one other person wounded in a shooting at an Appleton transit center. In Racine, an off-duty police officer was shot and killed in June after he intervened in a robbery at a bar.