No. 1 Wisconsin Faces No. 2 Minnesota In Women's Hockey This Weekend

The No. 1 University of Wisconsin-Madison women’s hockey team will face the No. 2 Minnesota Golden Gophers in two games this weekend.

The Border Battle games are scheduled for Friday night and Saturday afternoon at LaBahn Arena in Madison. Wisconsin and Minnesota have traded the top ranking this season. The teams faced off in the national championship game last year, with the Badgers winning 2-0. 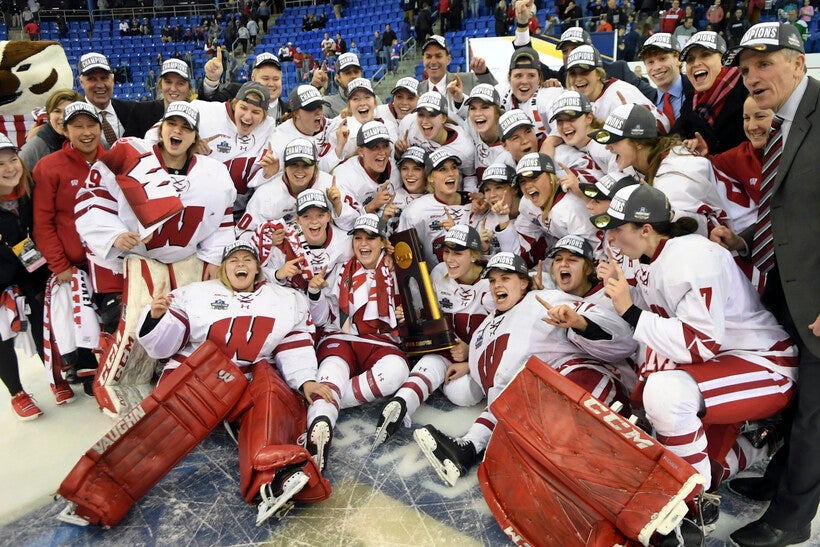 Senior forward Abby Roque said fans can expect to see fast and physical hockey this weekend. Wisconsin will need to use its speed and move Minnesota’s goalie, she added.

"These are obviously some of our biggest games of the year, especially leading into the playoffs," Roque said. "They really can make or break where we're standing when it comes to playoff time."

Roque leads the team with six power-play goals this season. The Badgers are +32 when she’s on the ice.

Wisconsin is 21-2-1 on the season with just 10 regular season games remaining. The Badgers trail the Gophers by five points in the conference standings, with six points on the line this weekend. A team that wins in regulation or overtime is awarded three points. If the game ends in a shootout, the winning team gets two points and the losing team gets one.

Wisconsin has won nine of its last 12 games against Minnesota, but the Gophers have gotten the better of the Badgers this season. In November, the teams met twice in Minneapolis, with Minnesota taking the first game 4-2.

"Friday's game up in Minneapolis, they played harder than we did," head coach Mark Johnson said. "They competed better than we did, and they eventually won the game because of those factors."

Wisconsin played much better in the second game, Johnson said, but the Gophers managed to edge out the Badgers in a shootout. After that, Wisconsin went on to win 11 straight games. The Badgers are coming off a 3-2 loss, just their second of the season, to Bemidji State.

"A loss is always hard, but it kind of made us take a step back," said junior forward Daryl Watts. "It was kind of like a little bit of a wakeup call to focus on the smaller details and stick to what we know will make us be successful." Watts leads the country in points and assists with 54 and 34 respectively. The Badgers have outscored opponents 115-41 so far this season.

All of Wisconsin’s remaining games are against Western Collegiate Hockey Association opponents, including two at home against Ohio State on Feb. 15 and 16. The Badgers beat the Buckeyes twice earlier this season in Columbus. Ohio State is currently third, behind Wisconsin and Minnesota, in the conference standings with 31 points.

"It's about what we do from this moment on that's going to be really crucial," Johnson said.