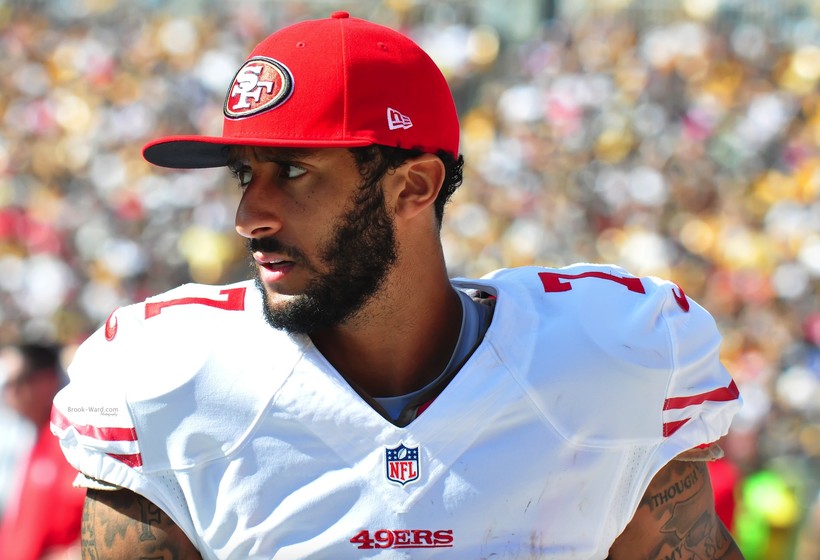 San Francisco 49ers quarterback Colin Kaepernick was booed during Thursday night’s pre-season game with the San Diego Chargers by fans opposed to his decision not to stand for the national anthem. And despite the boos, Kaepernick has vowed to continue sitting out the ritual until he sees changes made toward ending racial oppression in the United States.

Critics decry his decision as being anti-American, anti-veteran and have gone as far as suggesting his Muslim faith influenced his decisions. But Kaepernick has denied the accusations.

"Once again, I'm not anti-American," Kaepernick said. "I love America. I love people. That's why I'm doing this. I want to help make America better."

According to communication and sport expert Michael Butterworth, this is an important opportunity for Americans to think about the symbols we take for granted and rituals associated with them, especially in the context of something so "American" as football.

"We tend to think that sports are somehow divorced from politics, but there are all kinds of ways, of course, that those two things intersect with one another, and Kaepernick is drawing attention to that, inadvertently," said Butterworth, who is the director of the Ohio University's School of Communication Studies.

It’s important to remember Kaepernick's protest is a protest of racial injustice not a protest against a particular audience that associates themselves with the flag, Butterworth said.

"There have been such dramatic incidences of state-sanctioned violence against people of color, police actions that have led to the deaths of a long, long list of people who have been unarmed," Butterworth said.

The conversation around racial politics has changed dramatically in the last two to three years, he said, and Kaepernick is participating in that conversation. The fact Kaepernick is opting out of the national anthem ritual so engrained in sports draws our attention and compels us to talk about something that we otherwise might not, Butterworth said.