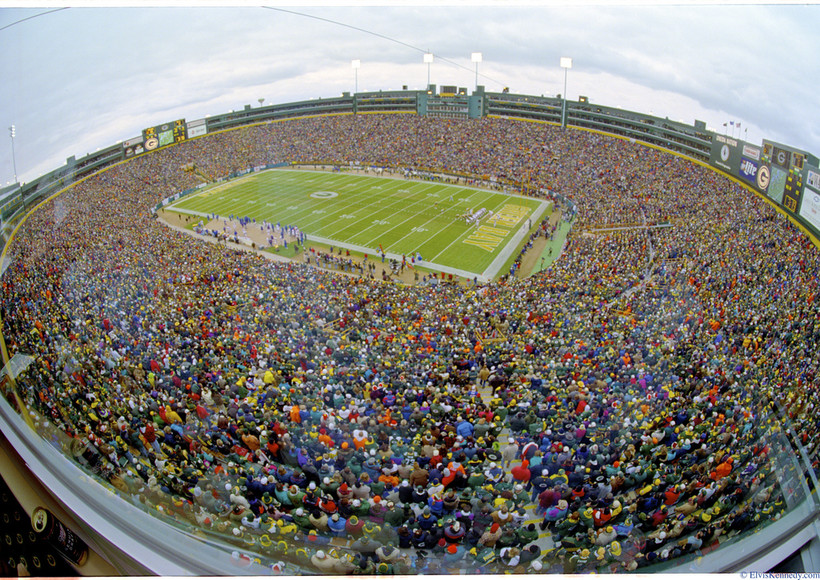 Photo Credit: Elvis Kennedy | A Packers game hasn't been blacked out by the NFL since 1983, during a strike by the NFL Player's Association.

The NFL has granted the Green Bay Packers an extension -- until 4 p.m. on Friday to sell 3,000 remaining tickets -- to avoid a television blackout for three Wisconsin media markets.

Before receiving the extension on Thursday afternoon, the Packers needed to sell a few thousand more tickets to Sunday's playoff game against the San Francisco 49ers by 3:40 p.m. on Thursday, or the NFL might prevent the game from airing in the state's three television markets -- Green Bay, Milwaukee and Wausau.

After the extension was announced, team officials said they were lifting a four-ticket purchase limit.

The team had been hoping for a deadline extension.

A Packer game hasn't been blacked out since 1983, when there was a players’ strike. That the team is facing a possible blackout for its biggest game of the year is surprising to Mike Vandermause, a sports writer for the Green Bay Press Gazette.

“You know, there’s probably a perfect storm of events that took place for this to happen,” said Vandermause.

Vandermause said quarterback Aaron Rodgers’ injury -- which forced him to sit out most of the season -- some depressing losses earlier this season and changes to the team's refund policy are all factors. Plus, the team added thousands of seats this season, and some fans might find it hard to budget for tickets on short notice. It also wasn't clear until just last Sunday if the team would host a playoff game.

If the game is blacked out, Vandermause said it would affect the Green Bay, Milwaukee, and Wausau television markets.

“I wouldn't be surprised if there's a mad dash to Madison should this blackout be imposed,” said Vandermause. “There’ll be people making their way to Madison or to the western part of the state.”

Packers fans are notorious for their loyalty so Vandermause said it is “amazing” that the team is facing a blackout.

“I think it's sort of eye-opening maybe to the NFL that even the avid Packers fan base has a breaking point, where they're not going to shell out any more money,” said Vandermause. “In the past, it was like the Packers could charge any amount for tickets, concessions, merchandise and people would just buy it up.”

Vandermause said his gut feeling is that the blackout will be avoided. He said it's possible a corporate sponsor will step up and buy the remaining seats.