January 19, 2012 - 12:00am
Two democrats in the state legislatures are pushing a new law aimed at controlling how much corporations spend on political campaigns . They say a new report comparing lobbying expenditures to corporate taxes highlights the need for reform. Gilman Halsted reports.

Wisconsin recall organizers turn in more than a million signatures

January 18, 2012 - 12:00am
Organizers of an effort to recall Governor Scott Walker turned in more than a million signatures yesterday, nearly double what they need to force an election. Shawn Johnson reports.

January 18, 2012 - 12:00am
The state senate passed a bipartisan bill yesterday (Tue) that would accelerate the foreclosure process for abandoned homes.

January 18, 2012 - 12:00am
Organizers of a recall effort against Governor Scott Walker say they turned in more than a million signatures yesterday. As Shawn Johnson reports, the number would be far more than they need to force a recall election of the Governor.

Recall battle will involve a small percentage of Wisconsin voters 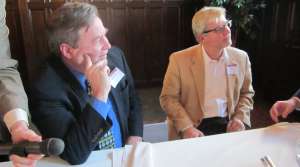 If there's a recall election involving Governor Scott Walker, consultants say the battle could be over as few as five percent of Wisconsin voters. Chuck Quirmbach reports.

Stevens Point lawsuit could hinge on one word

January 18, 2012 - 12:00am
The future of downtown Stevens Point may be determined by how you define a single word. As Glen Moberg reports, that definition was the subject of an all day court hearing yesterday.

January 18, 2012 - 12:00am
More than enough petition signatures were turned in today to potentially force a recall of four Republican senators. One is a legislative leader who was key in passing a bill that ended most collective bargaining for public employees. Shamane Mills reports.

January 18, 2012 - 12:00am
The Menominee tribe says a proposed new hotel next to the Potawatomi
casino in Milwaukee doesn't stop plans for a proposed casino and hotel in Kenosha.
Chuck Quirmbach reports.

January 17, 2012 - 12:00am
Stevens Point officials and the owner of the city's downtown mall will be in court today, in a case that will determine the future of the community's ambitious redevelopment plan. Glen Moberg has the story.

January 17, 2012 - 12:00am
A next-generation corporate airplane manufacturer announced on Monday that it will make its planes in Superior. Kestrel Aircraft Corporation says it will create 300 jobs initially, expanding to 600 in four years. It's the largest job creation announcement since Governor Scott Walker took office a year ago. Mike Simonson reports from Superior. 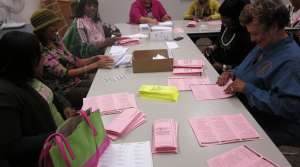 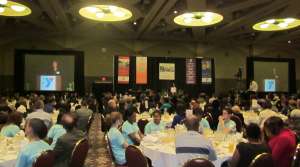 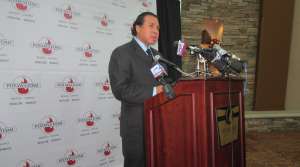 Gambling competition is increasing in Wisconsin, as the Forest County Potawatomi say they'll build a large hotel next to their casino in Milwaukee. Chuck Quirmbach reports.

January 17, 2012 - 12:00am
You can now go on-line to sign up for a state program that tells you when commerical pesticide firms are going to spray in your neighborhood. Chuck Quirmbach reports.

Report Reveals Pluses and Minuses of LIFE in Central Wisconsin

January 16, 2012 - 12:00am
A newly released study reveals the pluses and minuses of living conditions in central Wisconsin's biggest county. As Glen Moberg reports, the area is grappling with some persistent problems and some new ones.

Fitzgerald opponents say they have enough signatures for a recall election.

January 16, 2012 - 12:00am
Recall organizers say they have enough names to try to oust the Senate's Republican Majority leader in an election. Shamane Mills reports.

January 16, 2012 - 12:00am
A Wisconsin Congressman says if Iran goes through with its threat to blockade the Strait of Hormuz, they'll have big trouble courtesy of the U.S. Navy. Mike Simonson reports.