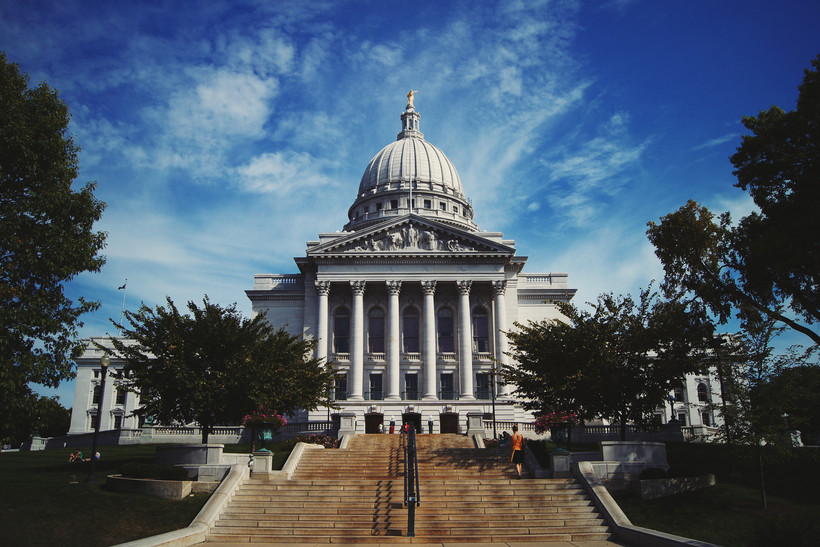 The Wisconsin Institute of Law & Liberty announced a new initiative that aims to curb federal influence over state affairs. The Center for Competitive Federalism launched on Wednesday with Wisconsin's Lt. Gov. Rebecca Kleefisch and state Rep. Dale Kooyenga among those in attendance.

The group’s first report touted Gov. Scott Walker’s reforms for their great strides in making Wisconsin a more business-friendly state, but cautioned that "anemic growth, regulatory uncertainty and federal overreach of the Obama era" continue to hold states back.

Wisconsin should look to Texas with its model of low taxation, low regulation and open competition, according to the report. However, as a purple state, Wisconsin's path towards a more independent and robust statehood might require different strategies, officials said.

"That means fighting both the high levels of taxation and regulation imposed by the federal government, and the cartels and monopolies imposed by federal law, such as the farm program," according to the report.

The report highlighted strategies like creating a commission on competitiveness to identify regulatory reform, reviewing all federal funding requests and prohibiting state regulatory agencies from working with federal regulators if certain programs are deemed coercive.

Additionally, the report calls on expanding Walker’s Blueprint for Prosperity initiative, eliminating the "over-criminalization of commercial activity" and welfare reform that gives a hand up, not a handout.

The people that Wisconsin voters elect and send to Madison are increasingly constrained by what happens in Washington, D.C., said Rick Esenberg, president and founder of WILL, a conservative, public interest law firm based in Milwaukee.

"We've moved away from what I call competitive federalism into something that's called cooperative federalism, where the states have become sort of junior partners or administrative subunits of the federal government who are increasingly dictated to by Washington," Esenberg said.

Government needs to return to a more diverse system like the Founding Fathers intended, Esenberg said.

"(A system) in which the states would function as laboratories of democracy, which they would be able to engage in trial and error with respect to policy," he said.

The initiative still envisions an important role for the federal government, including military spending, foreign policy, immigration and making sure all Americans enjoy equal protection of the law.

"If you were to look at our budget over the last 60 years, you'd see that what we're now spending money on are things that are not Wisconsin priorities, but Washington priorities," Esenberg said.

The report concluded that the Midwest is becoming the birthplace of a new conservatism that can appeal to people of all political persuasions, including Democrats, by eliminating the one-size-fits-all solutions imposed by the federal government.