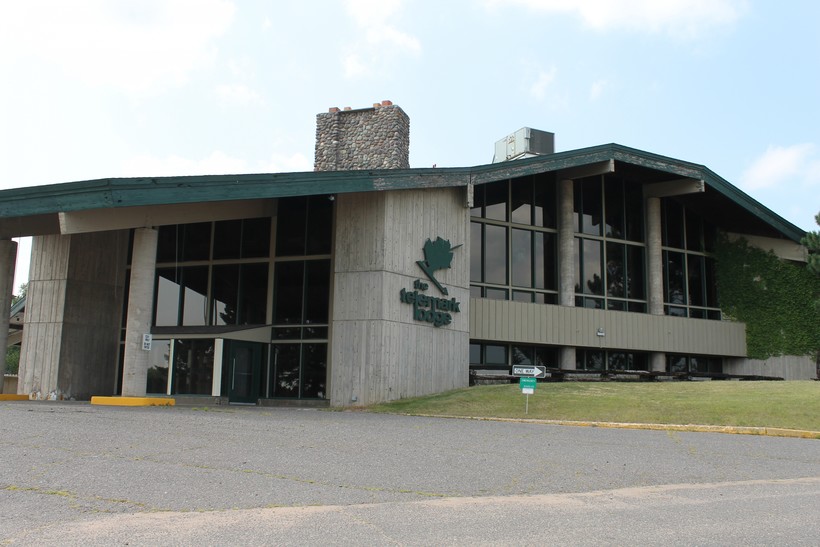 Plans In The Works For Iconic Telemark Resort In Cable
By Danielle Kaeding
Share:

New developers plan to build a lodge and reopen downhill ski slopes at the former Telemark Resort in Cable. But, the American Birkebeiner Ski Foundation is also exploring whether to buy the property.

The iconic northern Wisconsin resort has been closed since it was bought by Mount Telemark Partners at a sheriff’s auction in 2013.

The Town of Cable passed a resolution in February to support the project proposed by Telemark Redevelopment, LLC. Cable area businessman James Bolen is the registered agent of the company. He ran for state Senate and formerly served as executive director for the Cable Area Chamber of Commerce.

Telemark Redevelopment's $41 million plan would demolish the existing building, build a 250-room lodge and reopen the ski slopes, according to Business North. The project is expected to create 200 construction jobs, 150 full and part-time employees, more than $25 million in visitor spending and $1.1 million in tax revenues in its first year.

Attempts to reach Bolen to discuss details of the project were unsuccessful Thursday.

At the same time, the American Birkebeiner Ski Foundation has an option to purchase the property through July 2021 as part of a two-year lease with the current owner. Ben Popp, the foundation’s executive director, said they’ve spoken with the developers, who hope to work together on plans for Telemark.

"They’re welcome to do and plan and work as they wish, but obviously we’re not at a point to be able to commit to anyone from a housing or restaurant or hospitality standpoint," said Popp. "We’re still looking at the property to determine, first and foremost, the sustainable recreation component."

Popp said the foundation’s aim is putting on events, stewardship of trails and getting people outdoors. He said they’re not looking at lodging as part of their plans, but they may consider working with partners who can provide those amenities once they’ve bought the property.

"Our goal and our philosophy here is that we’re going to create absolutely world-class recreation and as that happens that creates a really sustainable base and then from that other things can grow," he said.

The foundation hopes to assess its ability to raise funds to buy the property and craft a master plan by this summer.

Jack Radecki, a Town of Cable supervisor, said officials want to support efforts to get the Telemark Resort up and running. He added any development would give people more places to stay. He noted sufficient lodging is limited when it comes to big events like the American Birkebeiner Ski Race. The event drew more than 40,000 skiers and spectators this year.

Radecki is optimistic about any plans for redeveloping the Telemark property.

"A lot of people are interested, but also a lot of people want to walk cautiously to make sure that it’s done right and can exist on its own," he said.

Multiple efforts to redevelop the site have faced challenges. In 2017, Florida-based HK Hospitality proposed investing about $47 million to reopen the lodge. The company later said it wasn’t moving into the next phase of purchasing Telemark due to "environmental and title concerns."

Radecki said the site’s existing sanitary system is old and needs to be updated.

"The groups that might be interested now are looking at that to see how that can be resolved," he said. "One of the things is that the building of Telemark is in really bad shape right now."

Popp is confident the foundation will be able to purchase the property. He said they plan to demolish the building due to the amount of structural damage.

A Hayward company is planning to hold an online auction of Telemark items including restaurant and bar equipment, furnishings, skis and snowmaking equipment sometime in April or May.