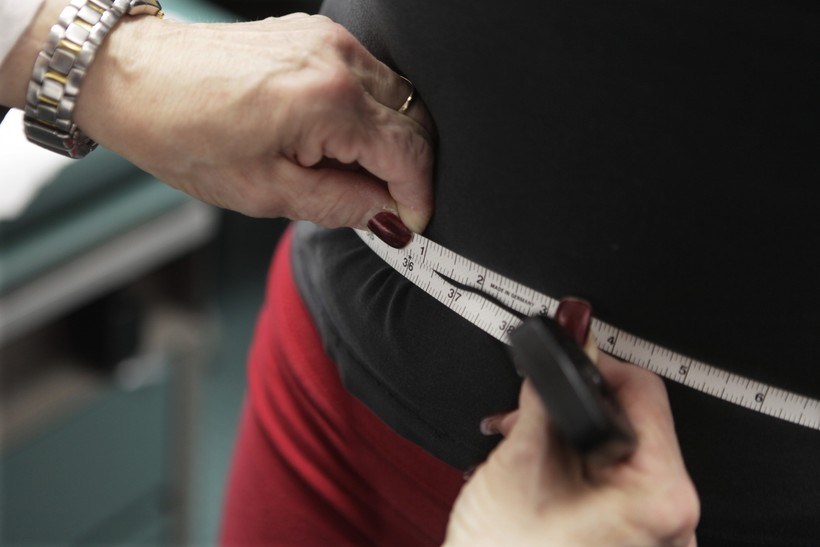 Wisconsin may be heavier than residents want to admit.

Past estimates have put the state’s obesity level at nearly 31 percent, but a new study associated with the University of Wisconsin School of Medicine and Public Health puts obesity 10 percentage points higher. And researchers have zeroed in on what parts of the state are the heaviest.

Unlike other studies that rely on self-reported data, the new report from UW's Obesity Prevention Initiative relies on actual numbers on the scale taken during doctor visits, and the data is presented in a searchable online obesity map intended for widespread use.

"We’re seeing this as a community resource so we made it accessible for everyone, so that health care providers and community members can use this information as they’re working on health improvement and obesity prevention in their local area," said Hilary Joyner, directed the map project, which they call the Wisconsin Health Atlas.

Some 1.8 million patient measurements were included in the obesity estimates, or about 31 percent of the state.

"It will only reflect patients that did go to the doctor so there might be a little difference between those who saw a practitioner and (those who didn’t). But when we look at our statewide estimates and compare them to the Survey of the Health of Wisconsin, we see they are very similar," said Joyner.

The obesity map shows 41.2 percent of adults were obese in 2015-16 and 14.8 percent of children statewide experienced obesity. But it varies greatly depending on where people live. There are big differences between ZIP codes in rural areas versus urban areas.

"It shows in vivid detail how poorer, rural communities are left behind," said Lawrence Gostin, faculty director for the O’Neill Institute for National and Global Health Law at Georgetown University, who was not involved in the study.

"Rural areas are more spread apart so people have to spend more time in their cars going to different places, spending less time being physically active like walking to the grocery store like you might do in an urban area," said Joyner. "There are also safety concerns related to isolation where people might worry about walking alone," she said.

There have been maps illustrating state and county level obesity before. The Wisconsin Health Atlas map is more specific; it narrows the data down to the ZIP code.

"What we find is communities really benefit more from local data. The other thing that’s unique about this map is that its very accurate," said Vincent Cryns, who directs the Obesity Prevention Initiative and is also a UW Health endocrinologist.

"There is a risk that some communities will feel stigmatized as these data are more granular than we have seen in the past," said Gostin. "Yet, overall, with community input and partnership, I think that these kinds of studies are essential ... Without good surveillance (researchers) are shooting in the dark."

Joyner said they are not releasing information where there are few people to protect anonymity.

"There is the concern about 'fat shaming' and that’s not what we’re trying to do with this information. Our goal is to provide data for local health champions to use as they’re doing obesity prevention work," said Joyner.

She said obesity and weight are very sensitive and personal topics so its difficult to talk to people about doing obesity prevention work. To make strides in health improvement she says everyone needs to talk about weight in a more positive light, and make physical activity and healthy eating more fun and accessible for more people.

Correction: An earlier version incorrectly named the ZIP code with the state's highest obesity rate. It has been updated.