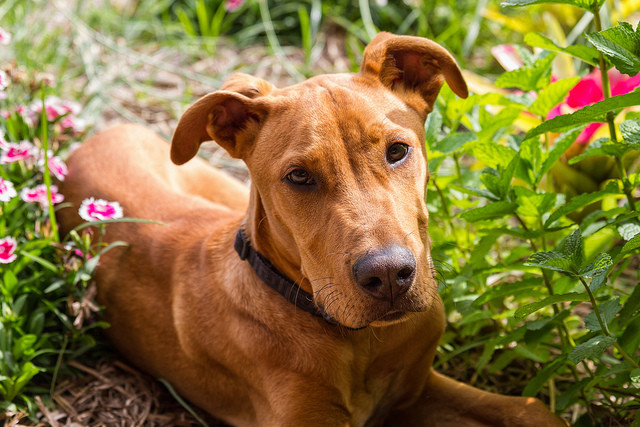 While we may not think of pets as "thinking," much of what goes on in the human brain also goes on in the brains of non-human mammals. Photo: Marc Dalmulder (CC-BY).

A renowned Wisconsin animal behaviorist says that research is making it increasingly clear that humans and other mammals aren’t so different on a cognitive level — a fact that raises many ethical questions about the relationship our species has with other animals.

Thoughts, feelings and a sense of self are all distinct elements of a human's inner life. But according to certified applied animal behaviorist Patricia McConnell, those functions only use 5 percent of the brain energy expended. The other 95 percent is taken up by the unconscious brain.

In other words, McConnell said that the ways that human beings seem special fall are part of the 5 percent of the brain that is conscious. The other 95 percent of cognition, however, is remarkably similar to how non-human mammal brains function.

For example, emotions come from a part of the brain that is considered to be quite primitive, McConnell said — so it stands to reason that “they’ve got to be very similar in our dogs and cats.”

That primitive part of the brain controls responses and reactions like fear, anger and hunger that are closely linked to survival. Those responses are, to an extent, shared by humans and non-human mammals alike. But in humans, McConnell said, those reactions are mediated by more developed parts of the brain like the neocortex. In other words, while initial reactions to stimulus are similar across species, the way in which a human ultimately acts is different.

Understanding how animals think and feel can certainly be valuable in understanding human conditions and challenges, but McConnell said it also raises questions and ethical concerns about how non-human animals are treated and used for human benefit — not just in terms of science and research, but also in terms of agriculture and even pet ownership.

“There are a lot of ethical questions that arise from our increasing knowledge of the complexity and depth of the emotional and mental life of non-human animals,” she said.

McConnell said that she doesn't agree with those that think that having a pet is ethically wrong, though she thinks that it’s nevertheless part of a complicated issue.

This topic is timely because of the controversy surrounding new research slated to take place at the University of Wisconsin-Madison. In the study, infant rhesus monkeys will be subjected to anxiety from maternal deprivation and then euthanized for brain analysis.

The school is hosting a debate on the experimentation on Thursday — more information on that event is available here.