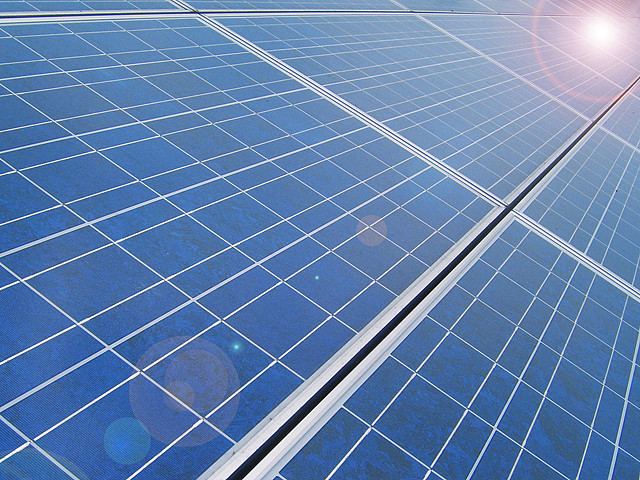 Milwaukee was named a solar beginner by the study. Photo: Chandra Marsono (CC-BY-NC-SA)

A new study done for the group Wisconsin Environment looks at the use of solar energy in large U.S. cities, with Milwaukee getting a mention

The study says the United States has 200 times as much solar photovoltaic capacity installed today as 12 years ago. The researchers say the 20 largest U.S. cities are just .1 percent of the U.S. land mass, but have 7 percent of the solar capacity.

The study describes Milwaukee as still a solar beginner, but Milwaukee pastor Steve Jerbi, who had solar panels put on his garage last summer, is an enthusiastic adopter.

“We love it,” said Jerbi. “We are starting to see some impact in our bills, and it will be 10 years before we get a payback on this system. But it’s incredible to look out our window and see the panels that are in place, and know that we’re making a difference.”

Jerbi says the solar panels provide between one-third and one- half of the energy his home uses. He says he and others used an incentive program called Milwaukee Shines to get tax rebates, low-interest financing and cash back on the purchase.