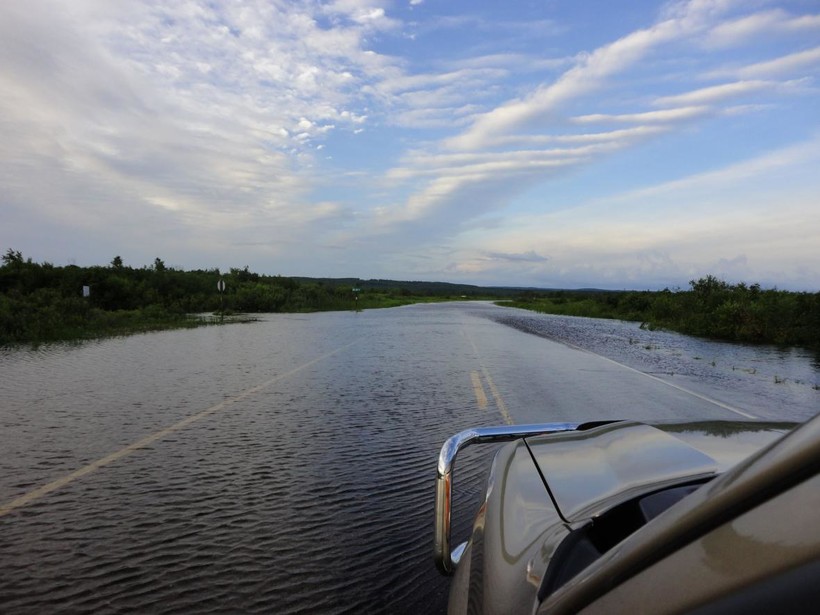 Flooding on Highway 63 by the Bibon Swamp in northern Wisconsin during July 2016. Photo courtesy of Bayfield County

A recent study says erosion and runoff are hurting wetland systems in the Lake Superior Basin, and its authors believe that it's making northern Wisconsin more vulnerable to flood damage.

The Wisconsin Wetlands Association studied the relationship between wetlands, land use and storms after flooding caused around $35 million in damage to northern Wisconsin two years ago.

Historic logging and agriculture practices combined with the region’s clay soils are causing water to move more quickly off the land and carving deeper stream beds, according to Kyle Magyera, study co-author and local government outreach specialist for the association.

"When you further couple some of that historical land use change with how our roads have been built and where there may be, say, undersized culverts or not enough culverts, those road systems are creating or accelerating the creation of those gullies or eroded features," said Magyera.

He said that erosion is disconnecting streams from wetlands, which means the land is less able to hold or slow the flow of water rushing downstream. The study noted one such example at Coria Road in the Town of Ashland.

"To be crystal clear, we’re not suggesting at all that restoring wetlands could have prevented the catastrophic flooding that we saw earlier this (year) or in July of 2016," he said. "But, we do believe that reducing flood risks really requires looking at and voluntarily repairing conditions upstream from flood-prone areas."

The study also noted areas of U.S. Highway 2 near the Bad River Reservation sustained fewer impacts to infrastructure due to the large surrounding wetland system, the Kakagon-Bad River Sloughs. The report also said the Bibon Swamp in Bayfield County played a role in retaining flood waters and preventing peak flows on the White River.