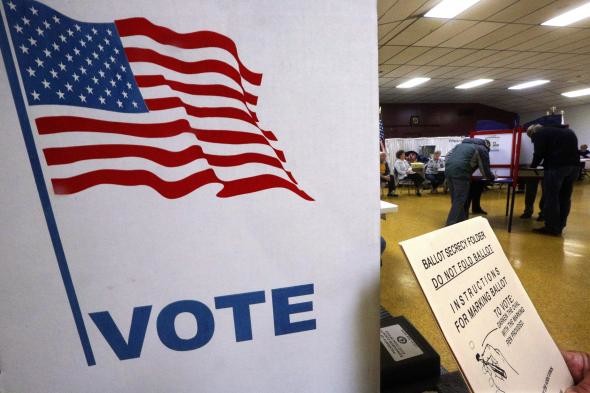 Voter identification laws have spread rapidly across the United States over the past decade. More than 30 states now have some form of voter ID laws on the books, affecting more than half of the nation's voting population.

"Back in 2008, there was essentially just one state with a strict ID law. Today, we have 11 states with some form of strict ID law in place," said Zoltan Hajnal, one of the study's co-authors and a political science professor at the University of California, San Diego.

The study, which was published in January in The Journal of Politics, analyzed data gathered by the Cooperative Congressional Election Study, a huge national online survey of a representative sample of Americans from every congressional district in the country. It surveyed voters in both general and primary elections in 2006 to 2014.

In states that have strict ID laws in particular, Hajnal said turnout is lower among Latinos, African-Americans and other American minority groups.

"What you have with strict ID laws is a growing racial gap," Hajnal said. "Typically whites turnout a little bit more than blacks or Latinos and other racial ethnic minority groups. But when you have strict voter ID laws, those racial gaps tend to double or triple."

"The general effect of having strict ID laws in place is to amplify the voice or the votes of Republicans and conservatives, and to reduce the influence of Democrats and liberals," Hajnal said.

The report found when strict ID laws are instituted, the turnout gap between Republicans and Democrats in primary contests more than doubles from 4.3 points to 9.8 points.

Those who support voter ID requirements, which Hajnal points out includes probably a majority of Americans, often argue the laws essentially reduce fraud and provide public trust in the democratic process.

Wisconsin Gov. Scott Walker made that very case when he signed the state's voter ID law in May 2011, calling the legislation a common sense reform on par with showing an ID to get cold medicine or to check out a library book.

But Hajnal said many researchers have long sought after and studied evidence of widespread voter fraud and have always come up empty, despite claims to the contrary by President Donald Trump.

"There isn't a problem that needs to be solved by these laws," Hajnal said.

He added that there is evidence showing a significant number of Americans don't hold the proper ID required in states that have passed the laws. According to the American Civil Liberties Union, approximately 11 percent of U.S. citizens, or more than 21 million Americans, do not have government-issued photo identification.

The Nation's Ari Berman wrote a federal court recently found as many as 300,000 registered voters in Wisconsin lacked the strict forms of voter ID required at the polls, and that overall voter turnout in the state was at its lowest levels in 20 years, particularly in the Milwaukee area where the vast majority of the state's African-American population lives.