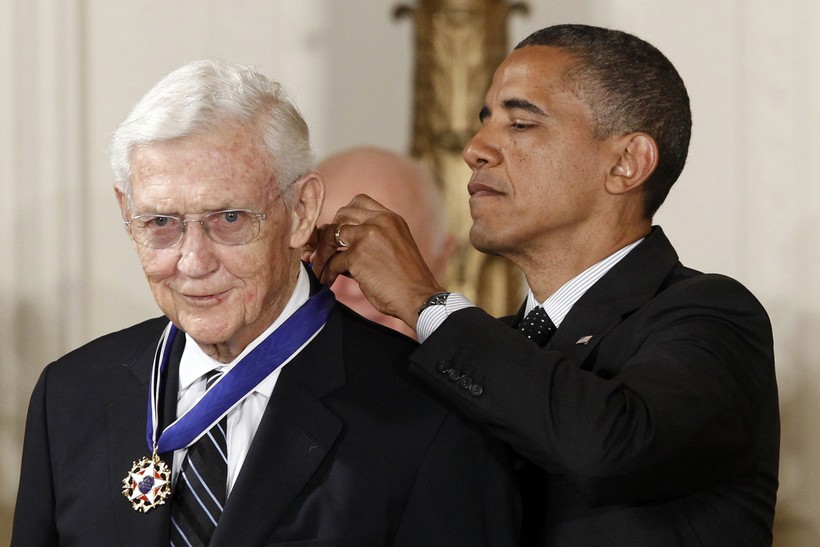 President Barack Obama awards the Medal of Freedom to John Doar, who handled civil rights cases in the 1960's, during a ceremony in the East Room of the White House in Washington, Tuesday, May 29, 2012.

The city of New Richmond is honoring the life of a local civil rights lawyer with a history trail through its downtown. John Doar was a New Richmond native who helped draft the Civil Rights Act of 1964. He also served as special counsel to the House of Representatives during the Watergate investigation.

"We’re very, very grateful to the city of New Richmond for choosing to do something to recognize my father’s contributions to public life," Robert said.

Mike Brose is an attorney from the firm Doar, Drill and Skow in New Richmond. Brose said despite his accomplishments, Doar was a modest man.

"He would be very humbled by it. John was not a man who wanted or needed the spotlight," Brose said. "He was ambitious in the sense that he was dedicated to being a lawyer and dedicated to doing things that he thought were right."

The John Doar History Trail is a quarter of a mile long and will include six panels with memorable moments from his life. The trail will be constructed around the mill pond downtown with panels framed on limestone and also include decorative benches, according to the city's website.

It has taken about three years to come together, said Noah Wiedenfeld, a management analyst for the city of New Richmond.

The trail opens to the public Saturday, Aug. 26.