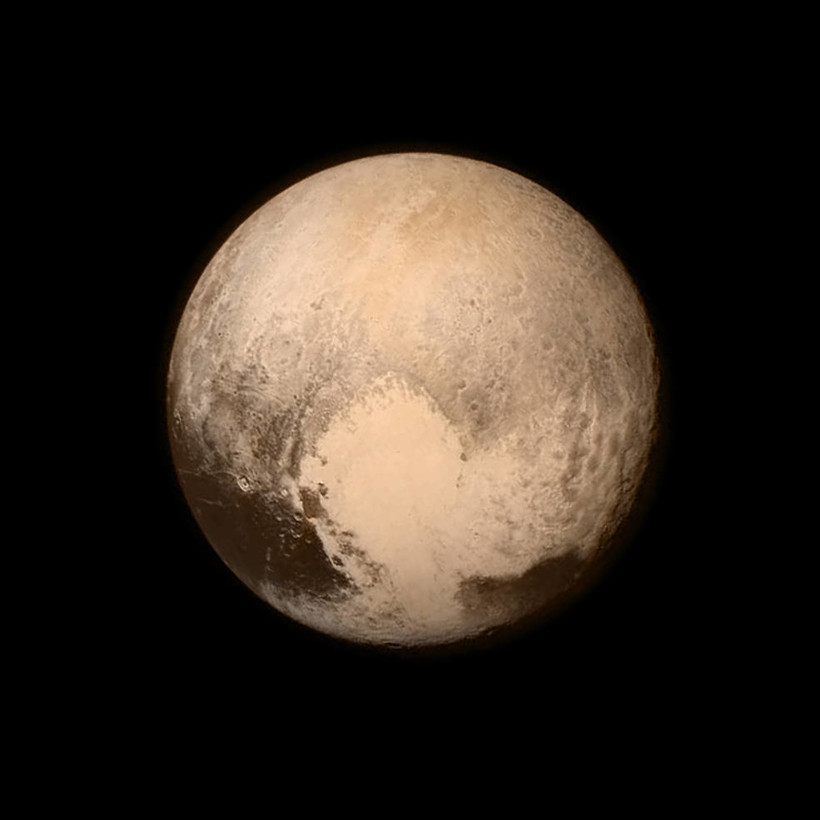 Everyone’s favorite dwarf planet is in the spotlight once again this week, but this time, it’s for a reason that everyone is excited about.

This week, NASA’s New Horizons spacecraft completed a flyby of Pluto, providing people back on Earth with incredibly clear and detailed pictures of the former planet and its five moons.

Astronomers and the general public alike are having a great time with the new photos on social media and beyond.

"Just the pace of discovery and the fact that we can all participate and sort of play with the pictures, talk about them publically, it’s amazing," said space journalist Elizabeth Howell. "I think by all this collaboration … scientists, non-scientists, interested people … we’re going to have a lot of fun trying to find out what comes next."

The latest pictures from NASA, released on Wednesday, appear to show mountains on Pluto -- features that Howell said were unexpected and rather exciting.

Another feature of Pluto that’s been drawing a lot of attention is a large, heart-shaped spot on the planet. Despite the emotional appeals from many Pluto lovers, Howell said the heart doesn’t appear to be all that unique.

"If you start Googling ‘hearts on Mars’ or other spots in the solar system, we have found these features all over the place, just because of the way the sand is shaped, or something of that nature," she said.  But, time will tell if there’s anything more to the heart.

"What we’re really getting are a lot of mysteries from just a couple of images that are probably going to take years to figure out," she said.

In those coming years, astronomers and researchers will certainly have plenty to dig their teeth into.  Howell said that possible discoveries on Pluto could answer a lot of big questions about the solar system.

New Horizons was launched in January 2006.  In those nine years, it has racked up almost 3 billion miles on its way to the edge of the solar system. Pluto isn’t the last stop on New Horizons’ itinerary.  The spacecraft will continue further into an area of deep space known as the Kuiper Belt, which is of particular interest to astronomers.

"It’s a mission that’s supposed to be helping us understand a bit more about how the solar system came to be," Howell said.  "Pluto and other objects like it in the Kuiper Belt … are basically leftovers of what our solar system used to look like when everything was being formed four, four-and-a-half billion years ago."

As to the other objects in the Kuiper Belt, Howell said we just don’t really know what could be out there.

"With our current telescope technology, it’s just so hard to find anything Pluto size," she said.

She noted that the objects that we know of are incredibly far away, tend to be not very reflective and often have wild orbits.

"Who knows, there might be something lurking out there in the darkness," she said.

The best part for Pluto lovers?  There are plenty more images to come.

"We’re just seeing the first few pictures," Howell said. "There’s a whole bunch sitting in the computer memory, and over the next weeks and months, they’re going to be send back to Earth when the spacecraft isn’t busy doing other stuff.  These are just a glimpse of all the wonders yet to come."

That said, Pluto lovers also have another big question today: Could these new photos be the catalyst in restoring Pluto’s status as a planet?

"The people who have been saying that Pluto is not a planet are still saying the same thing today," Howell said. "It appears that those two camps are still going to be fighting it out for the foreseeable future."