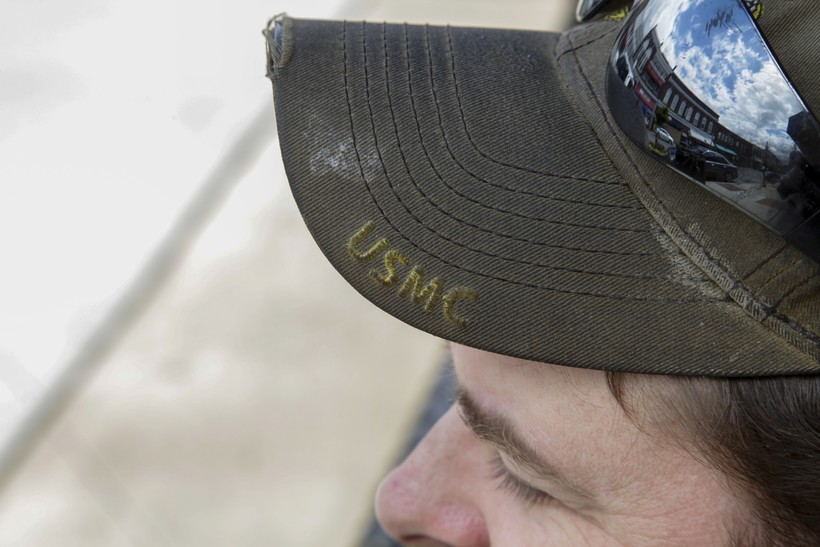 This April 30, 2020, photo shows a hat of U.S. Marine Corps veteran Chad Sneary in Mooresville, N.C. Sneary was laid off from his manufacturing job in April. Sneary waits for unemployment to come through. "Financial skills is not something the military ever taught you," he said. Sarah Blake Morgan/AP Photos

R&R House Is First Of Its Kind In The Country, According To The State Department Of Health Services
By Mary Kate McCoy
Share:

R&R House in Pewaukee is the first of its kind in the country, according to the state Department of Health Services.

The home is run by veterans for veterans, said Brian Michel, director of prevention services at Mental Health America of Wisconsin, which operates the home. Michel is also the program director of R&R House.

"There's several other peer-run respites in the state, but this is the only one that focuses exclusively on serving veterans," he said. 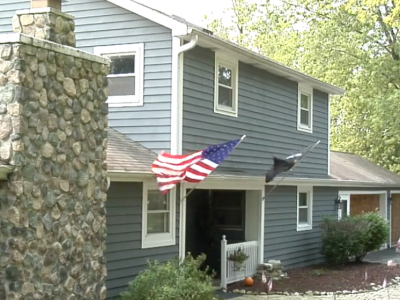 Other respite homes in Wisconsin accept veterans, but there isn’t specialized support or an emphasis on employing veterans, Michel said. R&R House is staffed by veterans who are trained to use their own experiences to help others in recovery.

Veterans’ unique set of experiences can make it difficult to connect with those without a military background, said Peter Borucki, a veteran and house manager of R&R House.

"It was really difficult to talk about my experiences," he said. "As veterans, we essentially have our own language. You're trying to tell your story or something that happened, it almost seems like you have to stop and pause every couple of minutes to explain something, which can be pretty frustrating."

Getting out of the military is a difficult transition, Borucki said. He was young during his time in the military and didn’t know where to look for information about resources and benefits or who to turn to when things became difficult.

"You're kind of on your own," he said. "It's a little hard at first trying to figure out who you should be contacting for help for disability or just someone to talk to."

So Borucki dove into researching on his own, which led to both good and bad places, he said. Reaching out to other veterans, and eventually finding a good counselor who was also a veteran, helped him find the support he needed.

"The system that veterans are asked to navigate is extremely complicated and extremely complex," Michel said. "Many of them don't know which door to go to first and for which issues — there's a lot of difficulty in navigating those waters."

Staff at the R&R House are trained to help veterans find those resources and to be active listeners, Michel said.

"Whatever they're coming to the table with, we meet them where they're at," he said.

R&R House, funded by a 2019 DHS grant, opened its doors in February 2020. Veterans can stay up to a week at the house, with a capacity of three guests at a time — though that's been limited to two during the coronavirus pandemic.

The pandemic forced those on staff to make adjustments on the fly, Michel said. Together, they started a "warmline" in May 2020 — a non-crisis support phone line operated 24/7 by R&R House peers — to reach veterans virtually.

It’s called a warmline rather than a hotline because it’s not for extreme crises, he said, it’s there for when veterans are feeling stressors, like things might be unraveling or they’re losing control and they need the support of another veteran.

"We've only seen that call volume increase," Michel said. "We had more calls to our warmline in February and January than we did in all of 2020, so it's really been picking up."

R&R House opened its doors to guests in February 2020. Veterans can stay up to a week at the house. There’s capacity for three guests at a time, but during the pandemic it’s capped at two guests. 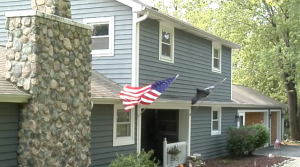 A new respite home in Pewaukee is helping veterans experiencing mental health and substance use challenges. We explore the peer-run facility and how it’s offers recovery and support.