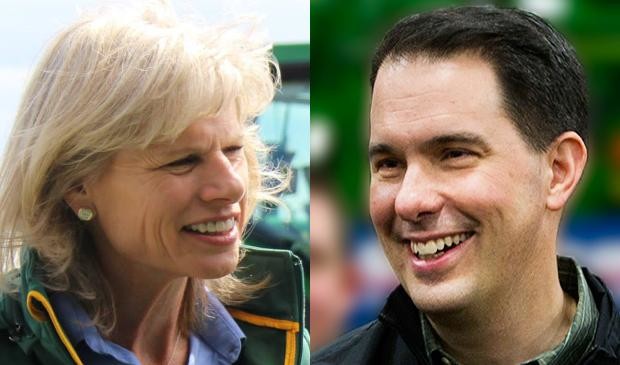 The latest Marquette University Law School Poll, released on Wednesday, finds that the race for governor between Democrat Mary Burke and Republican Gov. Scott Walker remains a tight one.

The two are tied among registered voters, each polling at 46 percent. Walker leads Burke among likely voters 49 to 46 percent — a change from August's poll, in which Burke led Walker — though the 3-point separation is well within the survey's margin of error.

Marquette pollster Charles Franklin said that even taking into account the margin of error, there appears to have been a small shift in enthusiasm for Walker among likely voters.

Franklin added, however, that Walker should not be heralding that apparent shift.

“The idea that people are permanently fixed as likely voters is also a mistake,” said Franklin. “It varies depending on how they feel about the race, and it can shift up or down from one month to the next.”

Every poll released by Marquette since May has found the candidates in a virtual dead heat, with one candidate occasionally leading the other but always within the margin of error.

​The poll shows a majority of registered voters continue to think the state is headed in the right direction and that Walker can get things done. It also found that voters think Burke empathizes more than Walker with average people. In the wake of reports that the state faces a structural budget deficit, there's been a small increase in people saying the budget is in worse shape than a few years ago, but most people say things are better or about the same.

In the race for attorney general, Democrat Susan Happ has lost the significant lead she held in the last poll over Republican Brad Schimel. Happ is polling at 39 percent, and Schimel at 38 percent. Among likely voters, Schimel leads Happ 42 to 41 percent. Those leads are both within the poll's margin of error.

Exactly 800 registered Wisconsin voters were surveyed for the poll through phone calls made Thursday through Sunday. Of those surveyed, 589 people were designated “likely voters.”

Editor's Note: This story has been updated with new analysis and information from the latest news broadcast.