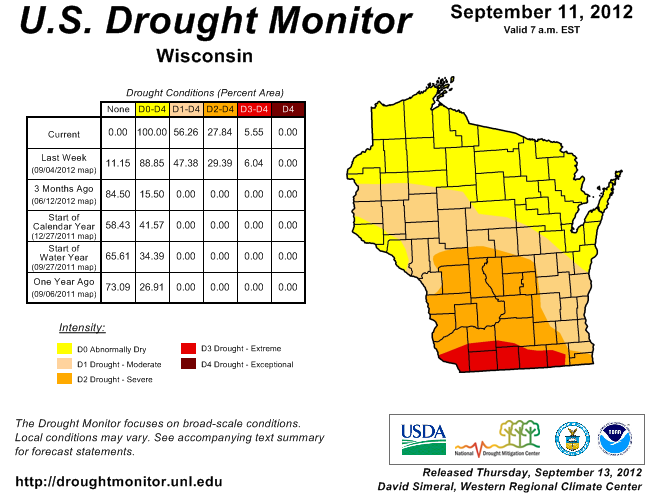 The entire state of Wisconsin is now officially in a drought.

Dan Baumgardt is a Meteorologist with the National Weather Service in LaCrosse. He says that while dry conditions have extended farther north, the south is still the worst impacted area. "Since May 1st, we are running with somewhere between 8 inches to a foot of rainfall below normal across the extreme Southern part of the state. And now, in the middle part of the state, we are starting to see two, four inch deficits kind of creeping up to the Highway 29 corridor through the central and northern part of the state. The North still seems to be doing best for the state of Wisconsin."

According the US Drought map, none of the state is considered to be in the worst stage of drought, called "exceptional drought."