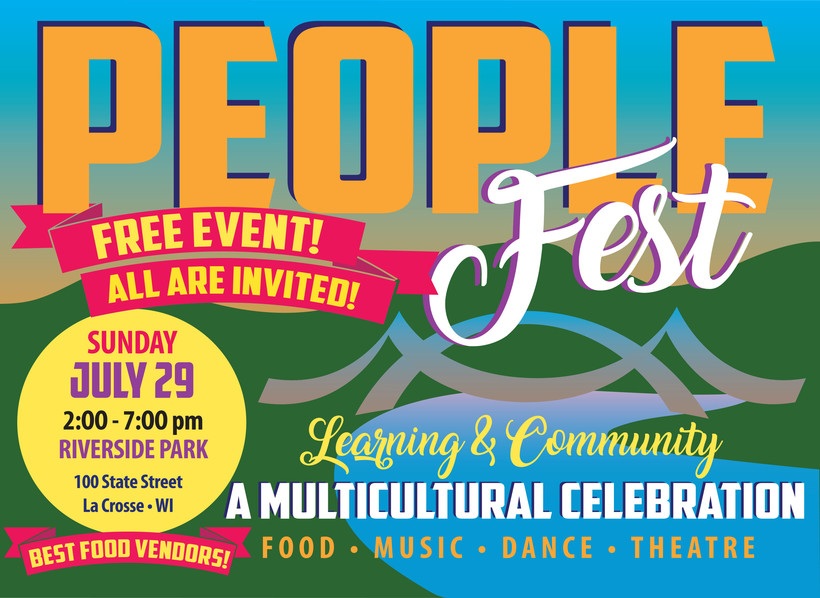 La Crosse is famous for its German heritage festival Oktoberfest each fall which attracts visitors from all over the state.

And while summertime weekends in much of Wisconsin are packed with festivals that celebrate individual communities — ethnic, religious, government and other groups are sponsoring the first-ever People Fest in La Crosse, designed to expose people to all cultures in the Coulee Region.

"People Fest is an attempt to create a more welcoming community, a community of respect and inclusion," said Ricardo Acevedo, a member of the Immigration Task Force of La Crosse. "We hope that this is a foundation of a welcoming community that develops relationships between different people's cultures."

The idea of a multicultural festival that would welcome everyone has been around for years according to Compassionate Community Faith Alliance Director John David.

"We didn't want to exclude anybody with anything that could be perceived political, or negative or reactionary. It was simply coming from a good place to come together," he said. "The best way to do that is to offer a party."

Sunday's event will include food and entertainment from different ethnic groups and informational booths where people can learn more about the work individual groups are doing to foster a more welcoming community.