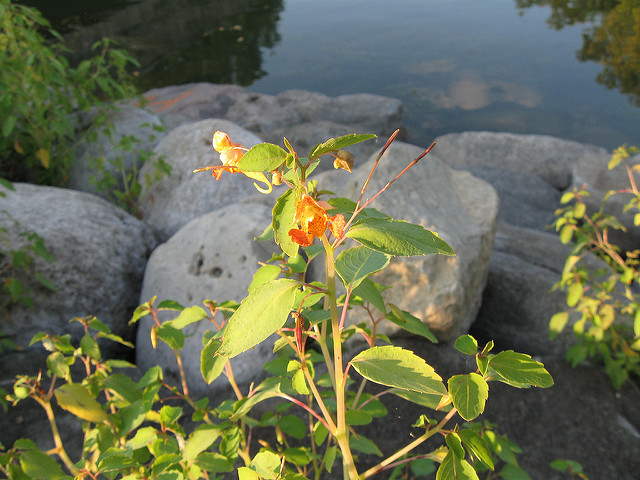 Yahara 2070 Looks At How Social, Environmental Change Will Impact Chain Of Lakes
By Marika Suval
Share:

A new University of Wisconsin-Madison research project is taking a long view of the ecosystems in Wisconsin’s Yahara Watershed in the face of rapid climate change — a very long view.

Yahara 2070 explores how social and environmental change over the next half century will impact the chain of lakes — Mendota, Monona, Waubesa and Kegonsa — that make up the Yahara Watershed.

There are good reasons for choosing such an extended timeframe, said Steve Carpenter, one of the researchers working on Yahara 2070, part of the Water Sustainability and Climate Project at UW-Madison.

"We thought that most people cared about their grandchildren and probably knew their grandparents," Carpenter said, who is also Director of the Center for Limnology at UW-Madison. "So it’s a time-scale humans think about, and it’s also the time scale that’s relevant to some of the changes we wanted to study. To really understand climate change you need to be looking out decades."

This means looking back as well as forward, according to Carpenter and the team of researchers. To explore the past, they need to look no further than the sediments collected at the bottom of the Yahara lakes.

Core samples from the lakes reveal black sediment at the top — the youngest sediments, Carpenter said. Further down, the sediment becomes grey, tracking back to around 1870.

"We know that by 1870 as much land was ploughed as ever would be ploughed," said Carpenter. "And we see that in the sediments in the lakes."

The lakes capture not only the stories of human productivity in the region, but also the environmental pollutants these activities generate. One of the most impactful is phosphorous, the result of rapid agricultural automation post-World War II, the widespread use of commercial fertilizers and fast-growing dairy herds.

All of this "leads to the kinds of toxic algae that we are beset with today" Carpenter said. The water becomes undrinkable and the lakes become unswimmable, and the cost to the region’s recreation, real estate and tourism industries mounts quickly.

"We know that the algae blooms cost us literally hundreds of millions of dollars due to the damage they cause," Carpenter said. "The summer of 2016 was really the summer of algae blooms."

Ultimately, Yahara 2070 is about imagining the future and preparing for it. Carpenter and researchers merged scientific knowledge, computer models and public input to construct a set of four future scenarios of how communities might respond to freshwater challenges in local ecosystems over the next 54 years.

"People create the future," said Carpenter. "What we did is we brought together the human side with the computing side in a way that I believe is unprecedented for regional studies."

One scenario explores what might happen by building on the considerable biotech and high-tech expertise in the region and adding green tech.

"What if we ... really amplified our investment in education and development of those technology sectors?" Carpenter said. "And we used the green tech to fix our own environment, so we sort of became the experimental guinea pig for our own technological development?"

Yahara 2070 might be looking to the future, but it’s already helping city planners and policy makers revise their current plans for responding to climate change impacts.

"I think we might be able to point to things for individuals and for policy makers to consider in the future that they had not thought of before," said Carpenter.

Wisconsin Public Television is airing a documentary about the Yahara 2070 project. You can stream it online or catch it on one of the upcoming air times.