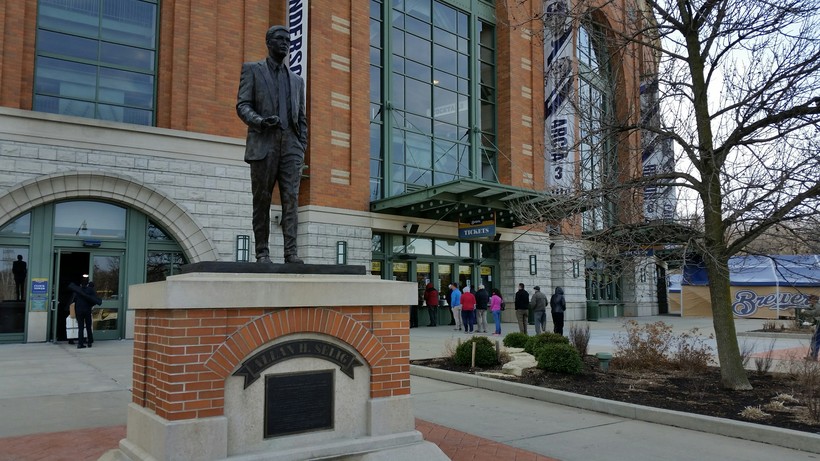 After opening their 2018 baseball season in San Diego, the Milwaukee Brewers play their home opener Monday afternoon at Miller Park. As the season kicks off, many fans say they're optimistic about the Brewers' chances this year.

Since the end of last season, the team has added several highly regarded players, including Lorenzo Cain and Christian Yelich, MLB News reports.

As he walked away from the ticket booth at Miller Park last week, Dan Walk said he's excited about going to games this year.

"I think they are putting money into the team, and I think the team has some really good players," Walk said. "They're more balanced than they have been for the last 10 years."

Ticket-buyer Mike Daniel also thinks the Brewers are playoff-bound, even predicting an exact number of 87 wins.

However, Daniel said he's only "optimistic to a point." He said he wished the Brewers would have picked up another pitcher of a "little higher caliber." He also noted the Brewers could use a stronger infielder.

"I really think they need to tune up at second base," Daniel said. "I hope somebody steps up and grabs that spot, and plays it permanently."

Many baseball analysts say the Brewers face tough competition within their division — especially from the Chicago Cubs, and Monday's opponent, the St. Louis Cardinals.

For some fans though, it's not just about action on the field.

Chicago resident Robert Alexander says he'll come to games at Miller Park this year because he likes the atmosphere of the Milwaukee stadium.

"I feel like it's better than home to me. You know, home don't do you like that, they kick you out. You out of Wrigley Field, you gotta go home. So, I think the Brewers stadium is the place to come for fun," Alexander said.