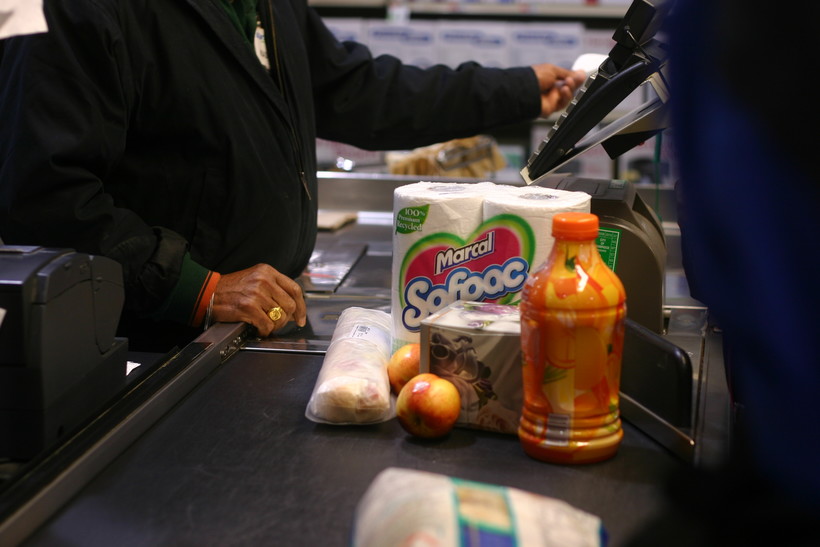 15,000 People Lose Benefits Under New Law After Not Looking For Work
By Bill Martens
Share:

Wisconsin’s work requirement for those receiving food stamps is right on the level, according to a Milwaukee columnist.

In April, a rule took effect that required able-bodied adults without children to either look for a job or work at least 80 hours per month in order to stay on FoodShare, the state’s food stamp program.  Recipients can be kicked out of the program if they decline to search for work for three months.  The provision was approved as part of the 2013-'15 state budget.

The Wisconsin State Journal recently reported that about 15,000 of the 60,000 recipients eligible to work were dropped between July and September, the first three months of the new law.

"When you first hear about this, it does sound terrible," said On Milwaukee and Waukesha Freeman columnist Jessica McBride on Tuesday.  "I have empathy for people on food stamps, but when you actually take a step back and in a discerning way, you take a look at the details of what the Republicans have done here, I think it’s very hard to argue that this is not reasonable."

The requirements only apply to able-bodied adults between the ages of 18-49 – so not children or the elderly, as McBride noted – who don’t have children living with them. In order to keep receiving food stamps, recipients need only to look for work, not actually find a job.  Further, she pointed out a number of exemptions to the requirement, such as being in a substance abuse treatment program, a part-time college student, or pregnant.

"I think you have to try really hard to get kicked off food stamps at this point when you actually look at what this law does," she said.

McBride acknowledged that unemployment is a huge problem in Wisconsin, especially in Milwaukee, where some people are struggling to find jobs and where they have been several high-profile layoffs recently.  She also criticized Republicans for not doing enough to foster robust job creation.

According to the Wisconsin State Journal report, 4,500 recipients found work through the job training program for FoodShare.  However, only 7 percent of those in the program found new employment while more than 50 percent of those sent to participate had their food stamps dropped.

Democratic state Rep. Mandela Barnes of Milwaukee reaffirmed his call to Gov. Scott Walker to waive the three-month time limit for recipients to find work so that those without jobs can continue getting food stamps.

"Allowing thousands of people that I represent in the greater Milwaukee area to starve is cruel and unnecessary, and we need immediate action to ensure that these families are receiving the resources they need and deserve," Barnes said in a press release.

He agreed with McBride that there are likely people who were removed from FoodShare for failing to look for work.  But, he also said others were on food stamps because they lost their full-time jobs through no fault of their own, are overqualified for available work and cannot make anywhere near the income they made before.

"It’s unfortunate that the people who lose their jobs aren’t always able to bounce back," Barnes said.

A spokeswoman for Walker responded to the FoodShare losses with a statement:

"The entitlement reforms implemented in the 2013-15 budget included reforms to Wisconsin’s FoodShare program to help childless adults transition into the workforce.  This is part of our continued focus on moving people from government dependence to true independence and ensuring they are workforce ready.  No one will be kicked off the FoodShare program if they are actively participating in the FoodShare Employment and Training program or meeting the work requirement.

"We encourage participation in the FoodShare Employment and Training Program as it helps increase opportunities for education, vocational training and active engagement in the workforce.  Governor Walker has invested over $50 million combined in his last two budgets to support FSET and these training efforts."