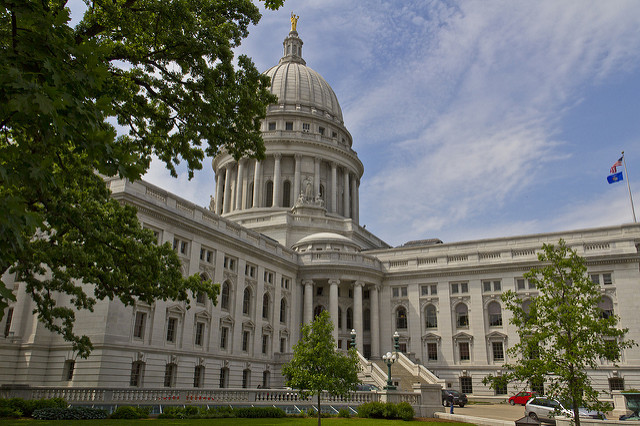 A director whose 2012 documentary on Janesville made waves in Wisconsin politics has released a new film that asks, "What happened to Wisconsin nice?"

Director Brad Lichtenstein's "As Goes Janesville" made headlines when it captured Gov. Scott Walker on film telling a prominent GOP donor that he planned to "divide and conquer" unions.

Lichtenstein's latest documentary, a short, 11-minute film called "What Happened to Wisconsin Nice," follows former state Sens. Dale Schultz, a Republican, and Tim Cullen, a Democrat, as they visit a gun show, a talk radio studio and a Black Lives Matter protest, among other events, to interact with voters around the state.

In its opening sequence, the film claims Wisconsin was once known for "congeniality and good governance," but asserts "everything changed."

"We've become more polarized because each side digs in and is refusing to listen to the other side," Lichtenstein said.

The film, which took about a year to complete, was inspired by the disconnect between his perception of Wisconsin as an outsider, and his experience since moving here more than a decade ago, Lichtenstein said.

"I watched the state change in the short time that I've been here and I wanted to somehow figure out how to share that perspective," he said.

The film shows the perspective of voters on both sides of the aisle and how Republicans and Democrats alike are "deeply disaffected" by partisan politics, Lichtenstein said.