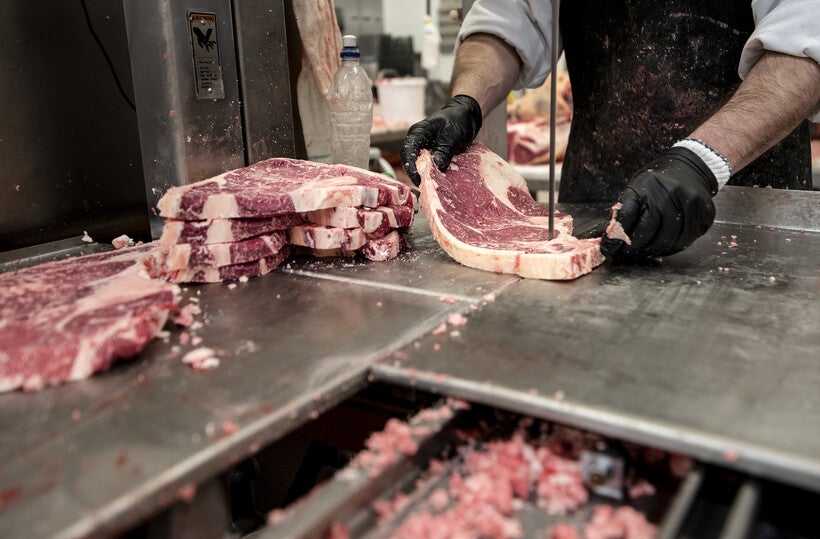 The U.S. Department of Agriculture announced Friday it plans to spend $500 million to support new meat and poultry processing facilities.

The department said the funding from the latest COVID-19 relief bill will go toward grants, loans and technical assistance for new facilities in order to "address concentration within the meat and poultry sectors and relieve supply chain bottlenecks." The USDA release said the agency is asking for stakeholder input on how best to distribute the new funds.

Jeff Sindelar is a meat specialist for the University of Wisconsin-Madison’s Division of Extension. He said small and mid-size processors saw demand for their services and products expand rapidly in 2020, after coronavirus outbreaks forced large processing plants to reduce capacity or shut down.

"They were really stressed because (farmers) were needing places to go with their animals, (consumers) were interested in buying more protein, and there was also this small hoarding phenomenon that was going on for a short period of time," Sindelar said.

There are more than 500 meat processors in the state, Sindelar said.

He said before the pandemic, the processing industry already struggled with finding enough skilled employees and dealing with aging equipment.

Now that the country is emerging from the pandemic, Sindelar said there is a real interest from the meat industry and from government officials to make sure the same vulnerabilities don’t continue.

"Lets be prepared so that if an event, God forbid COVID, but if something like that were to happen again, that the Wisconsin meat industry wouldn't be so vulnerable and the population of the state would be protected with a stable food supply," Sindelar said.

Paul Mitchell, director of the Renk Agribusiness Institute at UW-Madison, said many small processors have made it clear that they need support to make expansion feasible.

"Even if you have customers, it's sometimes hard to convince a bank to give you financing to expand your line, to add on to your facility," Mitchell said. "So I think this (new USDA funding) will help them a lot."

He said processors have also called for new training programs to help attract workers to the industry.

Mitchell said Wisconsin’s network of small processors should be a good position to compete for the new federal funding.

State lawmakers also approved $200,000 in each year of the next biennial budget for meat processor grants.

Sindelar said one of the most prohibitive costs to ramping up production is paying a federal or state food safety inspector. He said almost all small processing plants are only provided eight hours, or one shift, of inspection time for slaughtering, and anything more than that comes at an overtime cost of $250 per hour.

"For them to do more, it's actually costing them which is a little bit unfair or puts them at a little bit of a disadvantage versus the larger plants that have two shifts per day," Sindelar said.

He said the funding specifically set aside to cover overtime inspection costs during the pandemic will help even the playing field.