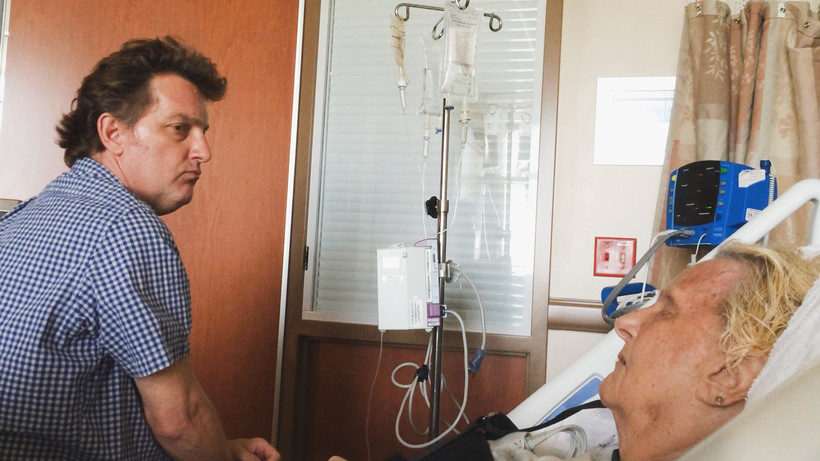 Steve Burrows and his mother Judie Burrows, who suffered brain damage after a hip surgery in 2009. Photo courtesy of HBO.

Between 80, 90 Percent Medical Malpractice Claims Rated As Defensible Are Dropped, According To NCBI
By Mary Kate McCoy
Share:

In 2009, Judie Burrows was rushed to a West Allis hospital for hip surgery after she fell off of her bike. Months later, the 69-year-old fell again and was back in the hospital for a second hip surgery in which she lost half of her blood.

Eight days after the surgery she fell into a coma and was left with permanent physical and cognitive damage — and questions about the care she had received.

Burrows was on a blood-thinning drug at the time of the surgery, which may have caused heavy blood loss. Following the operation, staff in the ICU failed to address her dangerous blood pressure levels.

Her son, Steve Burrows, has been fighting for his mom ever since. 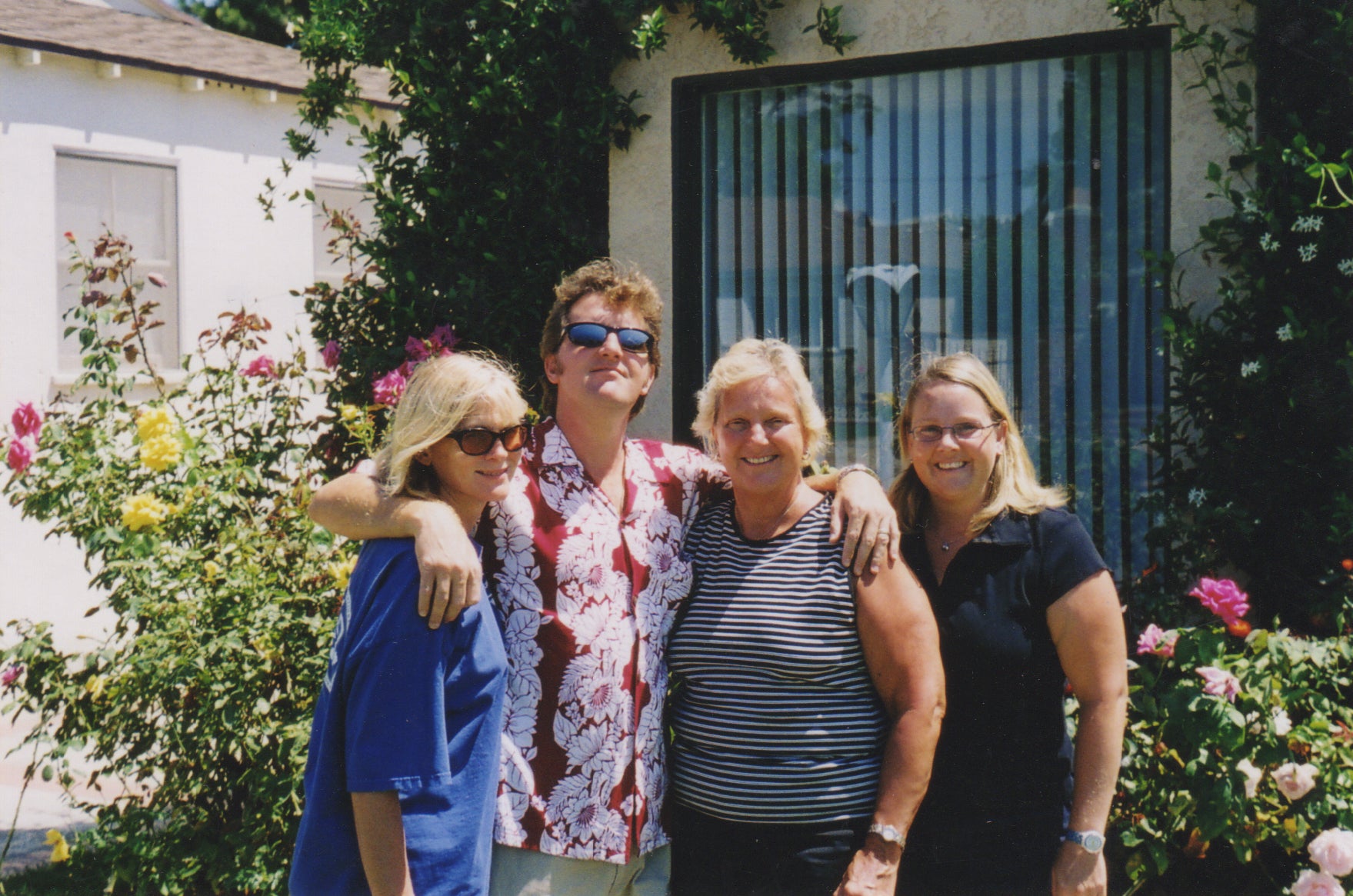 As Burrows found out on his long journey to get justice for his mother, medical errors are much more common than Americans think. Burrows turned his effort into a documentary, "Bleed Out," which premiered Monday on HBO.

Researchers from John Hopkins Medicine say medical errors should be the third leading cause of death in the United States after cancer and heart disease, calling on the Centers for Disease Control and Prevention to add medical errors to its list of the top causes of death.

The researchers estimate it accounts for about 250,000 deaths a year because of mistakes like inadequate training for hospital staff, bad judgment or mix ups on medications.

"I thought it was all personal, but it's actually universal ... the deeper I got in this, I really felt people needed to know this information," Burrows said. "That was really what kind of forced the issue for me was the big picture."

Yet pursuing legal action when things go wrong is costly, and often unsuccessful. Few lawyers are willing to take the cases because of the high costs of bringing a case and the caps on damages (Wisconsin’s cap sits at $750,000).

Between 80 and 90 percent of the medical malpractice claims rated as defensible are dropped and physicians even win about 50 percent of cases with strong evidence of medical negligence, according to the National Center for Biotechnology Information.

Wisconsin fights nearly all of the medical malpractice claims that are filed, and premiums paid by physicians to the state fund have fallen by about 30 percent each year since 2016 because of the massive surplus and the low rate of payments made by the fund, according to the Milwaukee Journal Sentinel.

"Our very first attorney that we had he said it best, 'The system is rigged,'" Burrows said. "I know that's an oversimplification but ... there are many laws out there that protect hospitals and doctors and don't protect the patients."

Ten years after the ordeal, the biggest thing that stands out to Burrows is that he still doesn’t know who was in charge of his mom’s care throughout the surgery and when she was in a coma for nearly two weeks after.

"I'm asking that question right now," he said. "I did my very best to try to get to the bottom of this thing and just trying to have somebody be straight with me on this stuff."

When his mom went into a coma, he became her power of attorney, an overwhelming situation for the self described "comedy guy from L.A. who makes a fool of himself for a living."

In one of the more disturbing parts of his mom’s experience, multiple medical experts, and Burrows' uncle who is a doctor, believed her medical records to be falsified.

"There are many experts that agree with my uncle that these things, certain records, don't make any medical sense, in fact one person even said it was virtually medically impossible," he said. "But I don't have a good answer for you on that."

When his mom did wake up, it was very clear that she had severe cognitive and physical disabilities, he said. She had to relearn to walk and talk and eat.

"And the worst part about it was she didn't even realize it," Burrows said. "Her brain injury did not allow her to realize that she actually has a brain injury ... she still doesn't believe it." 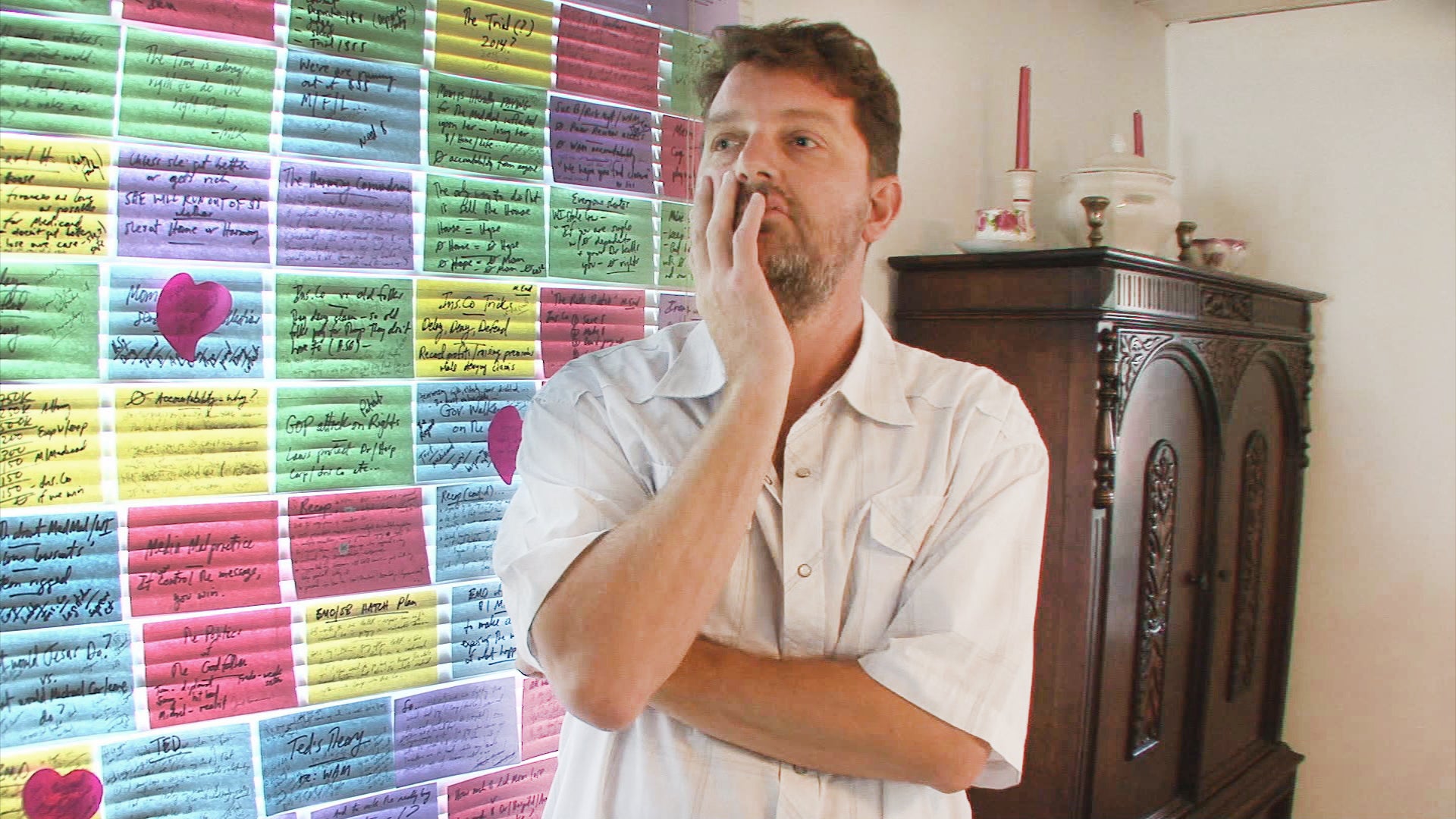 While justice for his mom is important, Burrows is also fighting to fix the system. When he interviewed doctors for the documentary, they all preached the same three things: accountability, transparency and apology.

"The vast majority of doctors and hospitals and nurses ... are heroes, they're saving lives every day," he said. "But they're human as well, and humans make mistakes. And the question is what do we do when we make those mistakes."