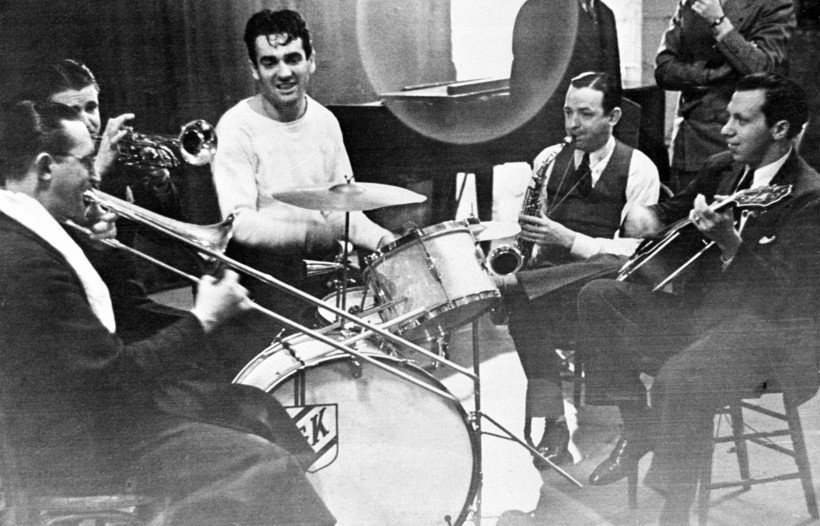 Wisconsin has a rich history of producing great jazz talent. Three notable players in the jazz scene — Woody Herman, Bunny Berigan and Al Jarreau — all got their start in Wisconsin.

While that may surprise people, both from Wisconsin and not, Kurt Dietrich, professor of music at Ripon College, says he had a difficult time narrowing down the list of musicians to cover in his new book,"Wisconsin Riffs: Jazz Profiles from the Heartland."

Although it can be hard to find live jazz around Wisconsin, Dietrich says the Jazz Estate in Milwaukee has seen a resurgence over the last few years, after being open for more than 40 years.

"They have live music and live jazz there practically every night," he said. "Keep your eyes open, and of course the big thing is people need to go out and support the musicians."

Born and raised in Milwaukee in 1940, Jarreau was both academic and musical growing up. He received a scholarship to Ripon College where he was also active in the music scene on campus.

"I don't want to say it was a doo-wop ... but they did a lot of that kind of music," Dietrich said. "It also was chosen to sing at the Miss Wisconsin pageant, which I think must have been amazing for an African-American at that time in Wisconsin."

After graduating from Ripon, he went on to graduate school at the University of Iowa, then to the West Coast where he was discovered and eventually became a star, he said.

"Well it's interesting to me that while I think at least his early music of definitely being jazz, I think jazz musicians tend to sometimes think of Al Jarreau as a pop singer," Dietrich said. "But I think fans of pop music ... think, 'Oh Al Jarreau, he's a jazz guy.'"

Born in Milwaukee, Herman was known as "the boy wonder," he said. He sang, danced and played the saxophone.

In his late teens he joined a touring band and eventually ended up with Isham Jones’ band in the 1930s. Isham Jones left, but the other members of the band decided to keep it together, and Herman became the de facto leader.

"He was only 23 years old but he probably had more experience in show business than anybody else in the band at that time," Dietrich said. "Eventually it was the Woody Herman band."

And he continued to play until his death in 1987.

"The thing about Woody though is that he never quit," he said. "While a lot of people think of the Woody Herman band as that band from the '30s or maybe the '40s, his band continued to change."

Born in 1908 in Hilbert, Wisconsin, Berigan is one of the country’s most legendary jazz musicians. And like so many famous musicians, he was playing in area bands as a young teenager, Dietrich said.

"He was not doing well in school because he was doing too much playing," he said. "He moved to Madison with a relative … and while there his network grew."

Berigan followed a friend to New York City, where he remained the rest of his life.

"He played with some of the great bands, and especially made some very famous solo recordings along with Benny Goodman's band and with Glenn Miller's band in the '30s and '40s," Dietrich said.

But Berigan struggled with alcoholism, making it difficult for him to lead his own band, he said. It ultimately led him to an early death.

"Unfortunately yes while the record ... became a huge hit for him after he started his own band, his own band was not a success largely because of his own personal characteristics," he said. "Alcoholism on the one side, and again, his lack of interest in the business side of things as well."