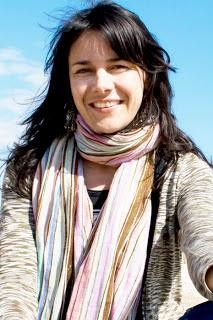 'Zen Under Fire' Explores How To Cope With Pressures Of Peacekeeping
By Marika Suval
Share:

An American lawyer has penned a new book, released on Monday, that details the struggles that human rights workers have to preserve against amid the war and chaos in Afghanistan.

Human rights lawyer Marianne Elliott spent two years as a United Nations peacekeeper in Afghanistan. That experience informed Elliott’s book, "Zen Under Fire," which details her journey and explores how to cope with the emotional fallout of war.

Elliott said that during her time in Afghanistan, many of her assumptions about what was right and wrong were challenged by difficult circumstances.

"The impulse to do good in the world is very simple, but the reality of doing good is very complicated,” she said.

A few months into her new job, Elliott’s world was rocked with difficult challenges. Her boss left the country, a prominent tribal leader was assassinated, and it's up to Elliott to help prevent the region from erupting into bloodshed. Stationed in Herat in northwestern Afghanistan, Elliott said she found herself responsible for the lives of many people, and it doesn't turn out well. As she receives reports of high numbers of casualties, she was consumed a sense of personal failure and deep guilt. Suddenly, the price of “doing good” seems very steep.

In addition, Elliott said her training had not prepared Elliott – or her fellow workers – for the psychological impact of work in one of the world’s most notorious battlefields. Eventually, she turns to meditation and yoga to help make sense of it all, find a way back to personal wholeness, and more effectively serve the Afghan people.

In writing about her experiences, she said she breaks two of the great taboos in her field.

“Firstly, we don’t have any feelings and if we have them, we don’t talk about them.  And, secondly, we don’t put ourselves in the story. I did both those things in this book,” she said.

Elliott said that becoming aware of what’s happening in her own heart and mind has enabled her to better serve people in need.

While violence remains pervasive in Afghanistan, she said she has seen some encouraging signs of change.

"I want people to know that change is happening in Afghanistan,” she said. “Women are back in the workplace, girls are in school; telecommunications has opened the world to young Afghan people … these changes are very significant in terms of human rights. The key to preserving those is that they are not forgotten; that the world doesn’t forget Afghanistan once our soldiers are not present."