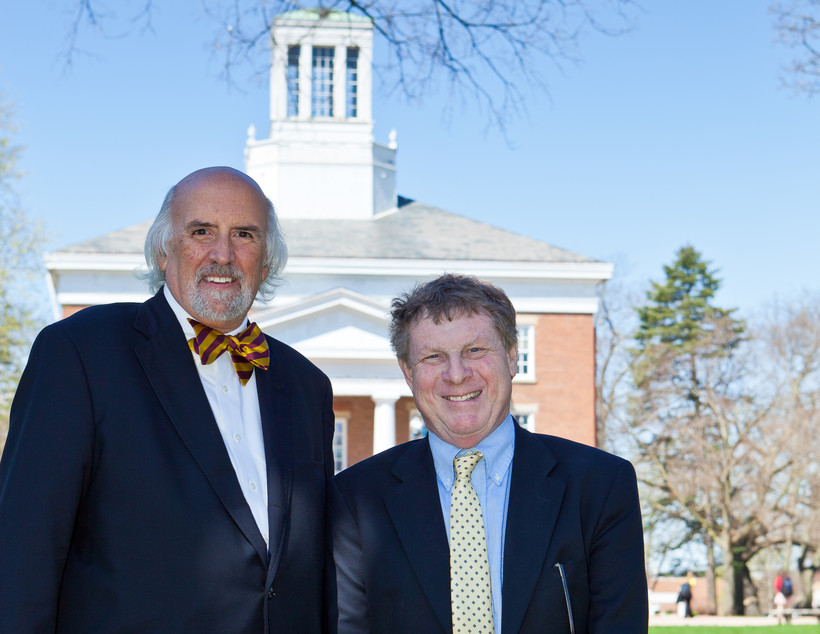 Examining the past doesn't guarantee mistakes won't be made in the future, but it at least provides guidance as to where the future will go.

That's the thought behind a new book penned by two Beloit College academics that reflects on key people and events that occurred in recent years.

"We say it right off the front of the book, stealing it from (playwright) Arthur Miller: 'Attention must be paid to our cultural past,'" said Ron Nief, one of the authors of "The Minset List of The Obscure: 74 Famously Forgotten Icons from A to Z." "It's what separates us from animals. We have a history and it's important that every generation understand what it is."

Using the past to explore the present and future is one "wisdom" touted in the book, which was written by Nief and Tom McBride, who are also the co-authors of the Beloit College's Mindset List. The book explores people, technology and historic events that would be familiar to members of the Greatest, Silent and Baby Boomer generations. The curious should think about things like Betamax, "Gunsmoke" and the events behind the quote, "We had to destroy the village in order to save it."

Nief said another reason to explore such "icons" of the past in the book is nostalgia -- pure and simple.

"Nostalgia's good. It ... helps people feel warmer, feel good about what they're doing," he said.

But exploring forgotten icons is also important to generations that came after those things began to become obsolete, according to McBride.

"I think it will raise for them the question, as it does for all of us, what has changed, what has not changed. Because I do believe that in order to really understand social history, in order to understand society, you really do have to go back to the old French paradox: that the more things change, the more they remain the same," McBride said.

For example, McBride pointed to the continuation of television situation comedies throughout time even though the content changed. He said, while the show "'Amos 'n' Andy" is no longer acceptable because of its racism, sitcoms like "Seinfeld" and "Friends" were and remain popular. McBride said another example of the continuation of an idea is that even though the singing telegram died out, the idea of sending messages hasn't changed. Today, people send texts.

Ultimately, the duo writes that even though the times are changing -- and continue to change -- not everything has done so. Some things continue.