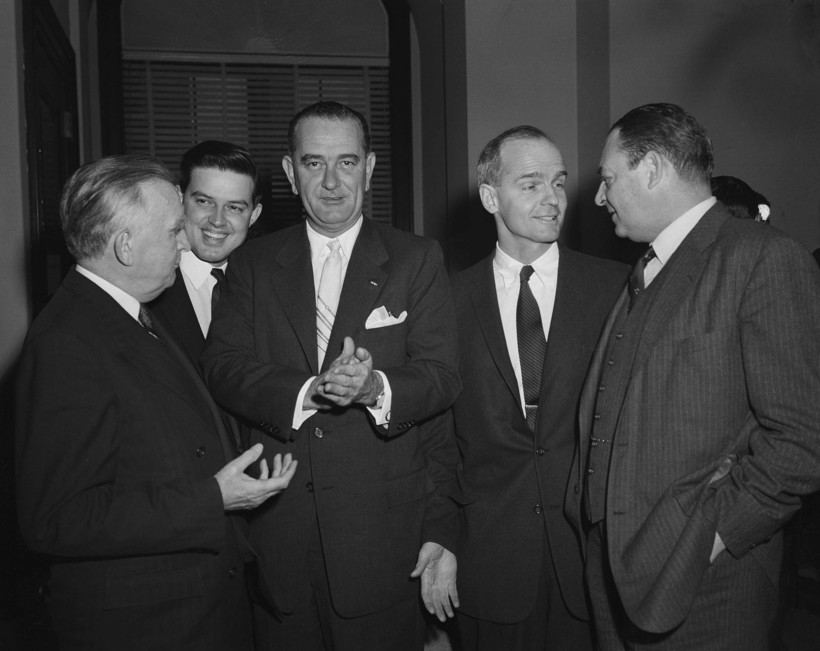 William Proxmire Served In US Senate From 1957 To 1989
By Mary Kate McCoy
Share:

Wisconsin’s longest serving senator had a career that could be described as a paradox.

During William Proxmire's almost 40-year political career, he was called a maverick, a quintessential senator, a carpetbagger and a lightweight.

Proxmire was considered an unlikely candidate for a Wisconsin senator, said Jonathan Kasparek, author of the new book "Proxmire: Bulldog of the Senate."

"Proxmire was one of the most important politicians in the state for about 40 years," he said. "He was called carpetbagger because he moved to Wisconsin to start a political career and ran for office about a year after he arrived."

From Illinois and with an Ivy League education from Yale, Proxmire, a Democrat, won over the state with his unusual campaigning approach, first for state Assembly in 1950, then for governor, and later as a senator to replace Sen. Joseph McCarthy following his death in 1957.

Proxmire was known for knocking on every door in his district, followed up by a phone call or another visit. In statewide campaigns, he forgoed speaking at rallies for shaking hands with factory workers at 6 a.m. and even showed up at an auction once and started bidding on items.

His strategy: connect a face to a name on the ballot.

"It was easy for him to be called a carpetbagger," Kasparek said. "Part of his effort ... is largely an attempt to try to overcome that image and be the person that everyone knows and become a local in a way."

"No one is really excited about running," he said. "But Proxmire is willing … he loses by a wide margin but he sees it as the first step."

While editorials suggested Proxmire was done in politics after his third loss, he wore the three-time loser label as badge of pride, Kasparek said.

"He says, 'Yeah, I'm a three-time loser and I want all the people who in life are three-time losers to vote for me because I know what it feels like to lose and to get up and try again,'" he said.

Those campaigns also gave Proxmire a platform to highlight issues important to him that he would take on when he was elected to the U.S. Senate in 1957 — issues like wasteful federal spending, farming interests, consumer protection, particularly involving credit, and the ratification of the United Nations Anti-Genocide Treaty in 1988.

Proxmire’s views often left him unpopular among his own party, Kasparek said. Some critiqued his conservative approach to federal spending, saying it hindered federal spending in Wisconsin. And as his career went on, he became more socially conservative than the Democratic party.

"For example, he was pro-life and was willing to confront Democratic voters and Democratic politicians and said, 'This is my position and I'm not going to change,'" he said.

Proxmire’s decision to retire from the Senate in 1988 caught many by surprise, Kasparek said. What people didn’t realize at the time was Proxmire began to recognize early symptoms of Alzheimer’s.

"He did not want to remain in the Senate if he could not be at his physical and mental best," he said. "He thought that the people of Wisconsin deserved better."

Proxmire died in 2005 from Alzheimer’s. His legacy is one of respect, Kasparek said.

"People had a lot of respect for Bill and they remembered him as this dedicated public service who never missed a roll call vote, who kept in touch with his constituents, who used congressional hearings not as an opportunity to grandstand or take cheap shots at opponents but to really educate himself and to teach other people," he said. 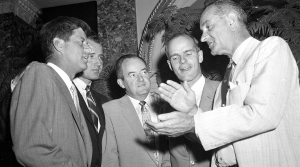 William Proxmire was Wisconsin’s longest serving senator. Throughout his career he was notoriously critical of government spending, which he highlighted with his “Golden Fleece Award.” A Wisconsin historian and biographer guides us through the life and legacy of one of state's most unique politicians.