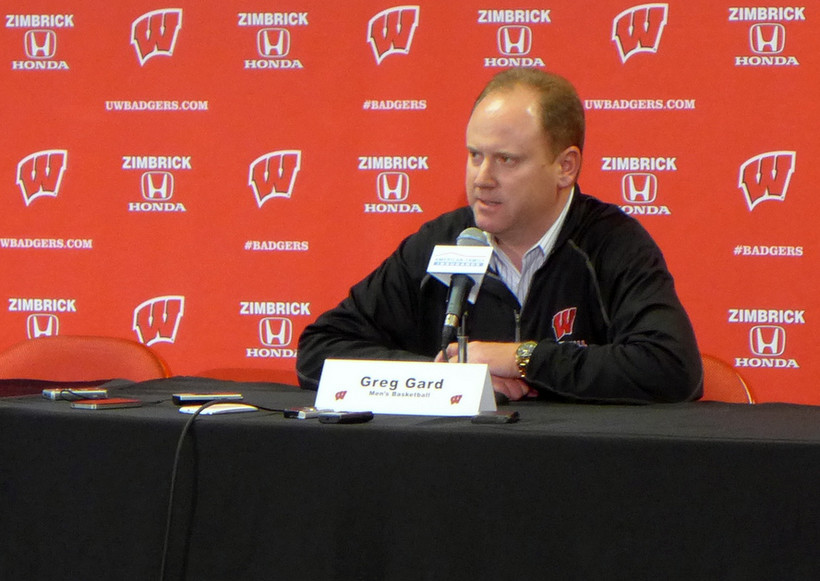 After serving as an assistant to outgoing coach Bo Ryan for 23 seasons, Gard said he knows Ryan's decision to retire after Tuesday night's game was emotional for the coach.

"It's so different than having an office job where you pack up your cubicle in a box one day and you retire and you're done," Gard said. "There's so many more relationships and the history involved obviously with what he's done not only at the University of Wisconsin but how he's impacted basketball in this state."

Gard said Ryan had mentioned the idea of stepping down from the top job, but he didn't know Ryan's final decision until Tuesday evening.

"It's a very personal decision, it's something that unless you've walked in those shoes you don't know exactly how to handle it," Gard said.

Despite the emotional transition and his new appointment's temporary status, Gard said he's focused on the present and helping the Badgers prepare for the rest of the season.

"If I start focusing on what's two, three months down the road or what any decision is made down the road, I'm doing our players a disservice and this program a disservice," Gard said. "My main responsibility and focus right now is to help navigate and help lead all the people involved with this in the right direction and have the best experience possible and we've got our hands full."

Gard said the Badgers don't have an easy road ahead of them and his first priority is showing his support for the players.