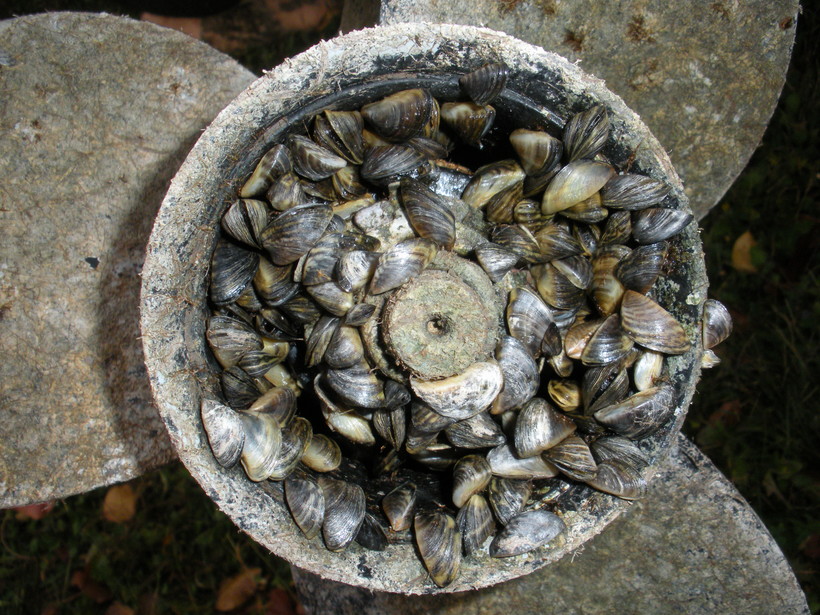 New Bacterial Pesticide Could Be Wielded Against Zebra Mussels

Researchers in La Crosse hope that a pesticide made from bacteria can be used to control large populations of invasive zebra mussels.

Along the Black River in La Crosse, U.S. Geological Survey (USGS) researchers are working out of a high-tech trailer.

"What I'm holding is several different species of native, unionid mussels that are endemic to this area."

USGS research fisheries biologist James Luoma has a handful of native and endangered mussels. These mussels have been treated with a pesticide known as Zequanox. Researchers want to see if the product affects native mussels.

Zequanox is made from a bacteria often found in soil. Other researchers have found that it slowly kills zebra mussels. It's already used to control zebra mussels in industrial waters, like at power plants, but it has not been used in lakes and rivers.

Luoma says if research shows the pesticide has little effect on the native mussels, they could use the product to eradicate large populations of zebra mussels.

"It could potentially be over a mussel bed - or when the Fish and Wildlife has propagation cages out for the native mussels, you could potentially remove zebra mussels from those cages. Those cages will stay in water for a couple years so they can get infested with zebra mussels, which would reduce their flow and they would lose all their animals in there."

Luoma says they will also study the best way to apply the bacterial pesticide so it has little effect on native mussels and fish.