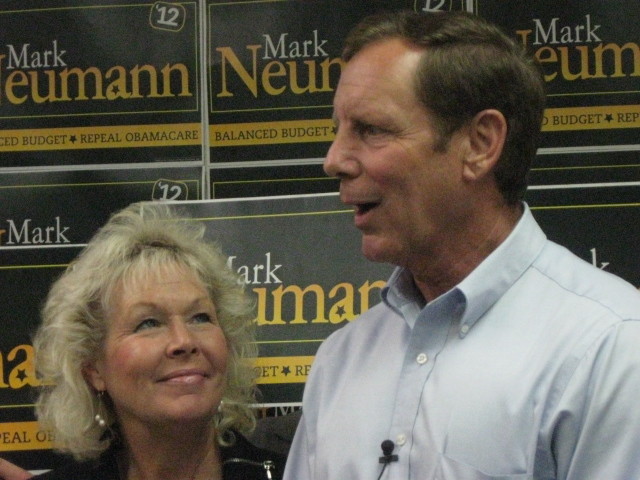 A millionaire candidate with a history of funding his own political campaigns is asking donors for $152,000 to pay off bills from his failed U.S. Senate bid.

Former Republican Congressman Mark Neumann sent an email to donors Monday telling them that he was not counting on having unpaid bills at the end of his campaign. However, Neumann says that in the last few weeks of his race, $152,000 in bills came in from vendors and small businesspersons who took a leap of faith and helped his run for U.S. Senate.

Neumann placed third in the Republican primary for U.S. Senate, which was won by former Republican Governor Tommy Thompson. According to a financial disclosure statement filed at the beginning of the campaign, Neumann was worth between $6-18 million.

In the past, Neumann had self-funded his own campaigns, spending more than $4 million on his unsuccessful run for Governor in 2010. His latest fundraising appeal comes on the heels of public comments by Thompson where the former Governor complained of running out of money after his primary.