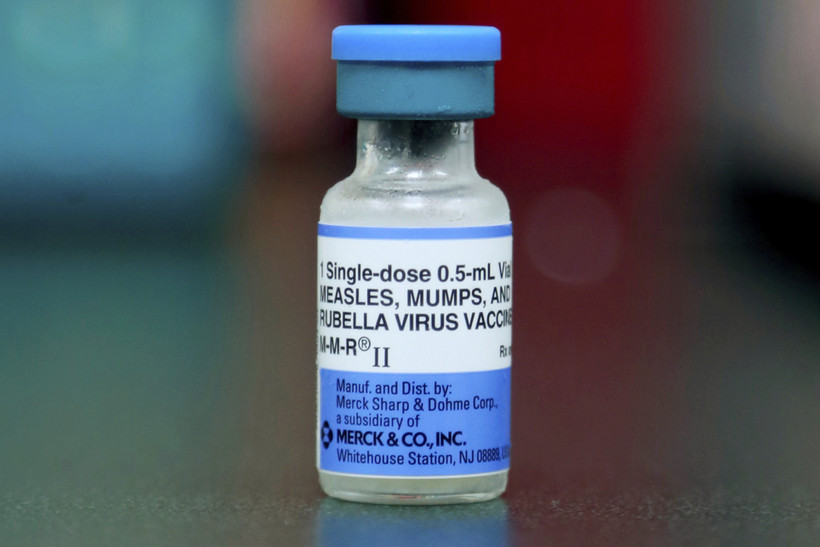 A vial of a measles, mumps and rubella vaccine in Mount Vernon, Ohio. Paul Vernon/AP Photo

92 To 95 Percent Immunization Rates Necessary To Prevent Measles From Spreading
By The Associated Press
Share:

Health officials say nearly 50,000 children in Wisconsin have vaccination waivers as the school year gets underway, leaving them vulnerable to measles at a time when the number of cases has grown exponentially across the country.

The Journal Sentinel says figures from the Centers for Disease Control and Prevention show 1,215 cases of measles this year across the nation, the highest number since 1992. Wisconsin health officials have investigated 382 suspected measles cases since last November and not one case has been confirmed.