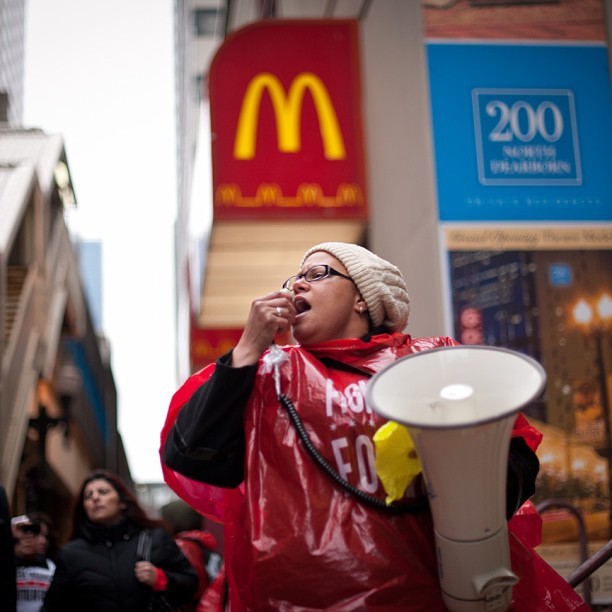 Guests Disagree Over Who Fast-Food Workers Really Are
By Amanda Magnus
Share:

Fast-food workers in cities across the country -- including Milwaukee -- are striking this week over low wages, and sparking debate about whether to raise the country's minimum wage.

Protesters said that they want the minimum wage raised to $15 and are demanding a union. They're arguing that many can't live on their current salaries. Opponents, however, said that raising the minimum wage could spell the end for those jobs.

He said those who work at fast-food restaurants need to be able to support families.

"These are companies that have the money to pay these workers, and I think they should pay them so they can support their families," Wilder said.

Burger King employee Tessie Harrell is a single mother of six who makes $8.25 an hour. She said she is participating in the protests because it's nearly impossible to pay bills, raise children and make a car payment on her income.

However, Diana Furchtgott-Roth, of the Manhattan Institute, a New York-based, market-oriented think tank, said if the government raises the minimum wage, the people who have these fast-food jobs wouldn't have them.

"It's mostly the young and the unskilled who are working at minimum-wage jobs. If we raise the minimum wage, they will find it harder to get employment," she said.

She said this would price younger workers out of the labor market.