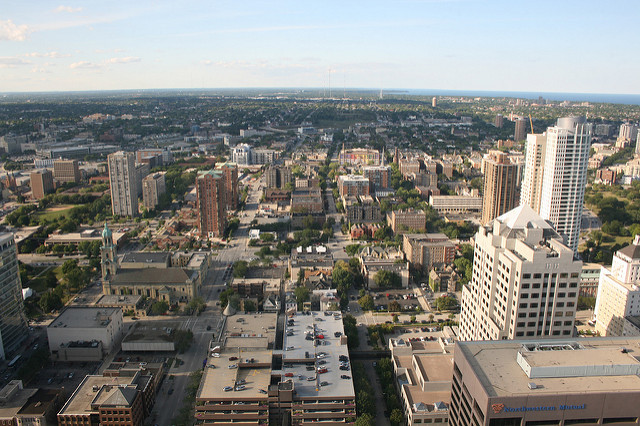 The National Hispanic Corporate Council held it's annual summit met in Milwaukee this week and is calling attention to the increasingly vital role Latinos play in economic growth in the United States. Researchers estimate that nearly a quarter of U.S. GDP growth will be fueled by Latinos in 2020.

With the more than 55 million Latinos in the U.S. that wield almost $1.3 trillion in spending power, NHCC executive director, Octavio Hinojosa says parts of corporate America are taking notice, both in terms of customers and employees.

The summit brought together dozens of companies from across the country to talk about corporate diversity and recruiting. The NHCC chose Milwaukee specifically because of it’s notable Hispanic population growth.

Since 2000, ninety-three percent of the net population growth in Milwaukee and the surrounding area has been Latino driven, Hinojosa said.

He pointed to the host of this year’s summit, Northwestern Mutual, as a company that has embraced their customer base as being Hispanic-driven, and he sees an opportunity for the financial institution to help educate Hispanic families on financial planning.

Naturally, the faces of the workforce are changing alongside the market. Seventy-four percent of the labor growth in the U.S. is Hispanic driven, meaning three out of four new workers will be Hispanic.

And millennials now make up the largest segment of the workforce. At 44 percent minority representation, they are the most diverse generation the country has seen.

"Certainly there’s a challenge to attracting millennials to work in corporate America," Hinojosa said. "Companies are asking that question, how can we recruit retain and develop Latino millennials."

With the current political climate surrounding immigration and Deferred Action for Childhood Arrivals, commonly called DACA, companies are having to juggle sometimes conflicting interests, he said.

"What's important is that there is at least some level of internal discussion, internal communication and seeing how a particular social topic may affect the company's bottom line," Hinojosa said.

Outside of profit considerations, many companies are looking to be more reflective of the country as a whole in hiring — and upward mobility — of Latinos, and are benefiting from the talents of DACA recipients and immigrant labor,  he said.

"(DACA recipients') loyalty to their companies that are employing them is very impressive," Hinojosa said. "And certainly these are individuals with great levels of education and talent. So it is very heartening to see that companies are standing with the recipients."

There is also a business case for diversity and inclusion, Hinojosa said.

"Study after study continues to prove that companies that go in this direction are more profitable more sustainable and offer better products and services to their consumers," he said.

Yet in the Latino community, there is a cultural barrier to upward mobility to consider, Hinojosa said.

Hispanic talent excels in the entry level up to the managerial level, he said. But once the director and VP level come into play, many Latinos hit a "cultural glass ceiling."

"It's very much a culture that respects an individual because of seniority," he said. "Someone who is of Hispanic heritage may be less likely to speak up and offer an opinion out of respect for the more senior people in the room because they may offend them by making a comment that would undermine their their intelligence or their rank."

Hinojosa said corporate America needs to be having conversations about where it stands amid the uncertainty around DACA and immigration and the changing workforce. If it doesn’t, it may find itself in a very difficult situation down the line, he said.

"We cannot put ourselves in a situation where we're going to limit ourselves from bringing in talent from other parts of the world," he said. "So we really need to look at immigration as a positive and look at it as a way of helping our country remain the top global economic power."