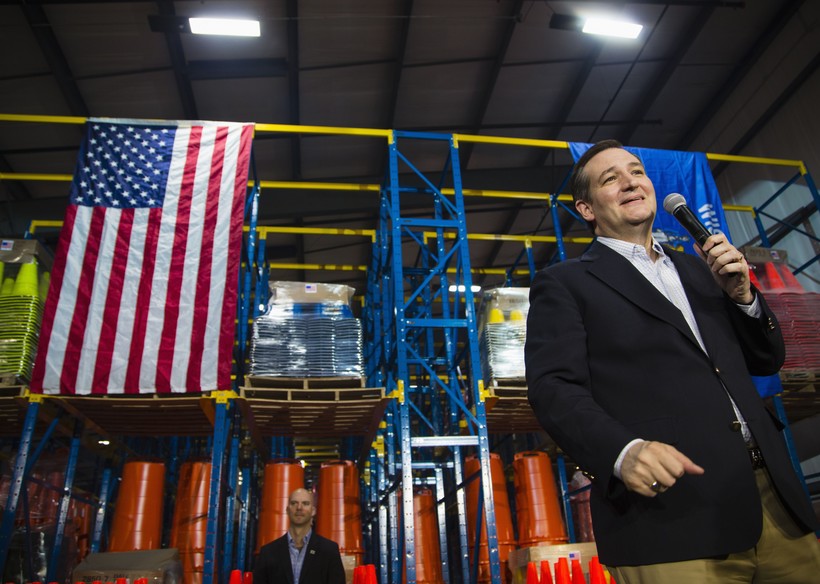 Some Candidates Look To Wisconsin Primary As 'Make-It Or Break-It'
By Marika Suval
Share:

Wisconsin is receiving ample attention from the national media as presidential candidates descend upon the Badger State during the run-up to the state's primary — perhaps even more attention than usual for an election year.

According to former state lawmaker Margaret Farrow, the fact that Wisconsin's will be the only primary slated for April 5 is adding to the attention the state is getting. Marquette University law professor Ed Fallone also said that national scrutiny is heightened simply due to the level of competition in the race.

"By this time in the election cycle, you typically have well-established front runners in the presidential field," said Fallone. "And both on the Democratic side and the Republican side, it's still a vigorously contested race."

Indeed, many observers see Wisconsin as a crucial state for Sens. Ted Cruz and Bernie Sanders, two candidates who are currently underdogs in their respective races.

According to Fallone, Cruz is eyeing Wisconsin as an opportunity to slow down GOP frontrunner Donald Trump, and perhaps even snatch the state from him. Farrow said that Cruz does seem to stand a chance of beating Trump, based on the the latest polling data, but suggested that John Kasich shouldn't necessarily be counted out either, noting that the Ohio governor has picked up some endorsements in the state.

As for Bernie Sanders, "just about every state going forward is a must-win ... to stay within shouting distance of Hillary Clinton," said Fallone.

Fallone said that the media has portrayed the Sanders campaign as one that's see-sawing between "it's over" one moment, to "it has a chance" the next.

"He needs to do well consistently in all the primaries coming up to keep the media trumpeting the narrative that he's still alive," he said.

Then, there are the frontrunners. Fallone said he sees Hillary Clinton using the Wisconsin primary to prove her popularity in states beyond the South and the Northeast.

As for Donald Trump, Margaret Farrow sees a silver lining to his seemingly unstoppable campaign.

"The only good news right now about Donald Trump is that he has enlivened this primary," she said.

Farrow said that she sees the spike in interest generated by the campaigns of Trump and Sanders as reinvigorating voters: "It’s a good thing that we’re seeing very heavy voting across the country in a primary and I hope it holds on for the general."