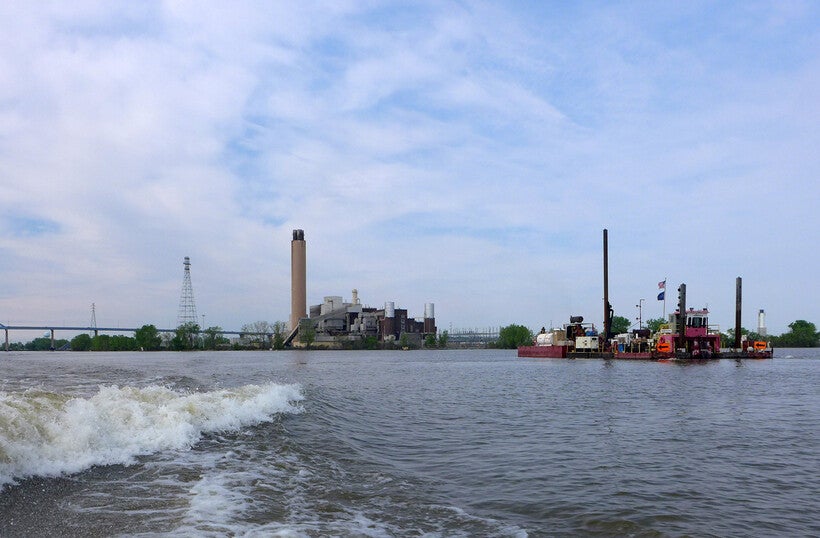 NASA is using its technology to track blue-green algae blooms around the world.

Last year, NASA chose to work with NEW Water — the brand of the Green Bay Metropolitan Sewerage District — to install a monitor in the lower Bay of Green Bay that can upload data to satellites and give scientists a chance to analyze it quickly.

"(NASA) has been doing this around the country and they saw that the work we have been doing in the watershed for 30-some years is a good fit for the work they are doing," he said, adding that the district is responsible for providing safe drinking water to the city of Green Bay and surrounding communities.

The Bay of Green Bay is one of three bodies of fresh water added to the program last year. Florida’s Lake Okeechobee and California’s Grizzly Bay were also added.

He said of the satellite program, "it is ongoing research and the initiative that we have with you in the Lower Green Bay area that potentially helps to do further research toward predicting cyanobacterial blooms, their extent and their intensity in the future."

The sensor NASA is using is called the SeaPRISM which stands for Photometer Revision for Incident Surface Measurements.

It stands on a pole in open water where it can take readings on a large swath of water. The data uploads in real-time to a satellite where researchers can access it quickly. Information on blooms can be made public in a matter of hours through a NASA website.

Early monitoring showed there was an algae outbreak in the bay last year.

Pahlevan said the SeaPRISM adds to — and confirms — satellite information. "We basically use the data collected on the ground using this instrument to validate how good our retrievals are from the satellite."

Satellites still take pictures of bodies of water but they're ineffective if there is heavy cloud cover.

Dangerous blue-green algae blooms can be caused by nutrients in the soil that run off into waterways, either into the bay itself or rivers and streams that feed into it, Sigmund said.

He hopes SeaPRISM can help water quality experts better understand the interaction of what happens on the land and how it gets into the water.

"These blue green algae blooms, we are just worried," Sigmund said. We really need to know why they are happening and then what we can do to prevent them from happening in the future."