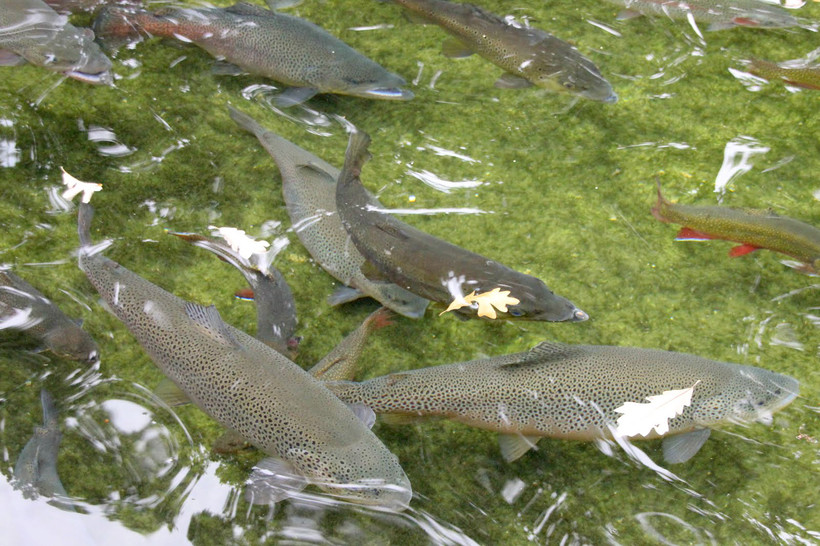 Department of Natural Resources officials are trying to figure out how a mysterious virus made it into DNR fish hatcheries.

DNR authorities say they don't know where the virus came from, but acknowledge they released 270,000 brown trout this year from hatcheries where fish tested positive for the cutthroat trout virus (CTV). Officials say they don't know how many of the fish were actually carrying CTV when they were released into the headwaters of the Mississippi and Yahara river systems.

The chief of DNR's fisheries culture section, Al Kaas, says part of the reason they released the fish was the benign history of the virus; it has no known health impacts on the trout and can't spread to mammals or humans.

But it's unknown whether CTV can spread to cold-blooded animals, amphibians, or other fish.

Still, when asked whether the DNR would be likely to release more fish stock exposed to the virus, he says there's no reason not to.

"I would say probably yes," Kaas says. "But as we learn and gain more information we may have to revisit that policy."

Kaas says the DNR consulted the Department of Agriculture, Trade and Consumer Protection prior to releasing the fish and is confident there's no risk to the environment. But they are curious as to how CTV got into their fisheries and have launched an investigation.

"It could be a biosecurity procedure," says Kaas. "It could be visitors to the hatchery. It could be birds dropping fish into our fishery areas. Once we understand better where the virus came from, we can better design a policy and a practice to better prevent other viruses from coming in."

While scientists generally recommend never moving fish that are carrying a virus, officials say the virus may have already migrated to the watersheds before the release of the trout.

Check out the full story here; for more from the Wisconsin Center for Investigative Journalism, check out the group's website.