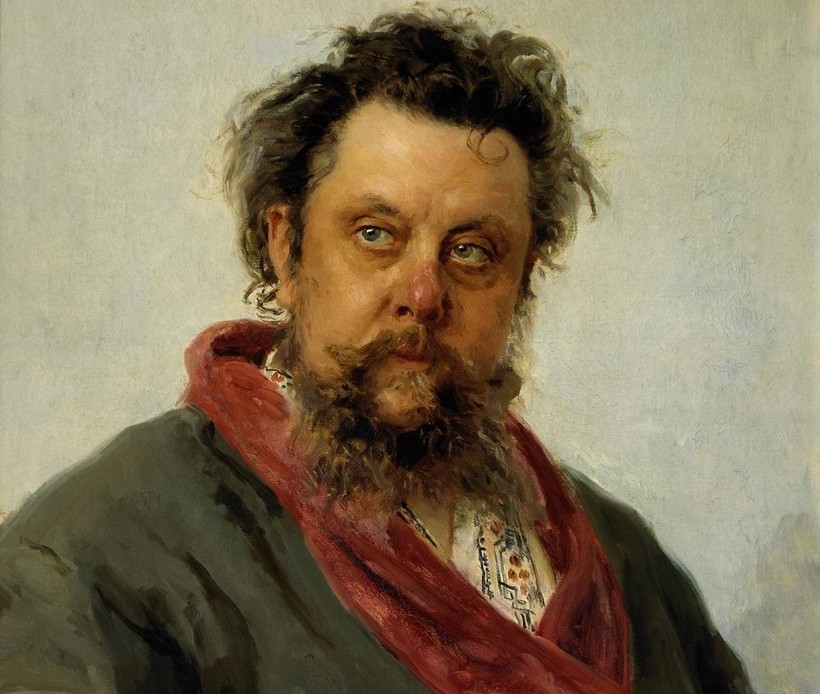 Mysticism came easily to Modeste Mussorgsky. A little too easily according to a letter Mussorgsky wrote to his fellow composer Mili Balakirev on September 26th, 1860:

“I think you will be interested in how I spent my time in the Moscow countryside.

only for short periods of time. All the same I gathered some materials that I'll need later. Oedipus and the little sonata have progressed somewhat. The sonata is just about ready. Something has to be tidied up in the middle section but the finale works. 0edipus has had two choruses added to it -- an andante in B-flat minor and an allegro in E-flat to be used in the introduction.

It may prove a very good thing.

“Mili, you would be delighted at the change I've undergone, and no doubt it is strongly reflected in my music. My brain has become stronger and has turned toward realities. The fires of youth have cooled down. Everything has evened out, and of mysticism for now there isn't even half a word. (My last mystic thing is this andante in B-flat minor -- a chorus -- from the introduction to Oedipus I've completely recovered, Mili, thank God!”

Modeste Mussorgsky attempting to fend off mysticism in a letter to Mili Balakirev written on September 26th, 1860. The very mystical Night on Bald Mountain would become one of the cornerstones of Mussorgsky's reputation.