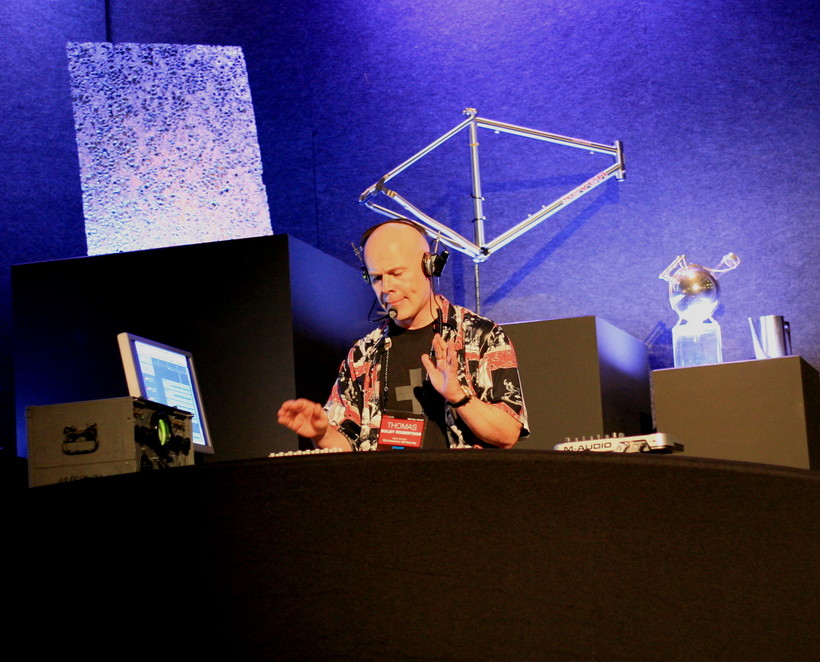 The Evolution Of The Modern Cell Phone Ringtone
By Doug Gordon
Share:

Internet obsessive Ernie Smith is on a mission to find the fascinating parts of the most tedious topics. Smith writes about the most obscure and unexpected topics he can find and shares his discoveries with his subscribers through his twice-weekly newsletter, Tedium. He’s covered everything from corduroy to walkie talkies to those stringy bits on bananas that you don’t even know there’s a name for — "phloem bundles."

Smith recently told WPR's "BETA" about the evolution of the cell phone ringtone. One of the things that he finds most interesting about cell phones is that they can be customized in a way traditional landline phones cannot.

"In the '50s and '60s, AT&T got really up in arms if anybody tried to do things with the phone system that they hadn’t approved. One of the devices a vendor came up with is this thing called the Carterfone. And it would basically connect the phone system to a radio system."

The invention of the Carterfone led to the Federal Communications Commission’s ruling in 1968 that equipment not made by Bell Telephone Company, which evolved into AT&T in 1885, could be connected directly to the AT&T network, as long as they did not damage the system.

The ruling, commonly known as "The Carterfone" decision, made it possible for other third-party companies to offer long-distance communication service. It also paved the way for the use of devices that created novelty ringtones.

In the early 1980s, a British musician named Thomas Morgan Robertson was working on an album called "The Golden Age of Wireless." You might know Robertson by his stage name, Thomas Dolby. Dolby was the man behind the 1982 hit song, "She Blinded Me with Science."

"One of the things that he actually helped produce with the company that he launched in the '90s called Beatnik was this ability to create polyphonic ringtones, or multi-toned ringtones, through the use of software," Smith said. "While this could be done through hardware, which you could obviously see, for example, if you used like a Casio or Yamaha keyboard during the era. This was actually designed so that you could recreate the sounds on a web page or such. It turned out that all the companies that Dolby worked with during this time were the kind of companies that were destined to fail due to the crash of the tech industry around the year 2000."

"The one company that he still had as a client through Beatnik that didn’t actually fail was this company called Nokia. And Nokia basically was looking for a solution to improve the quality of its ringtones because it was competing with other firms that were adding in chips to create very elaborate ringtones. But Nokia, trying to save money, was looking for a software solution to this problem and therefore they had Beatnik, they had Thomas Dolby’s company to work with," Smith continued.

Nokia had already created its famous ringtone, but their work with Dolby’s company led to the creation of a polyphonic version of Nokia’s ringtone. All of the major cell phone companies of the pre-smartphone era licensed Beatnik’s software.

So Dolby not only was responsible for one of the major '80s hits, he also played an important part in making Nokia’s ringtone the world’s most popular ringtone back in the day.