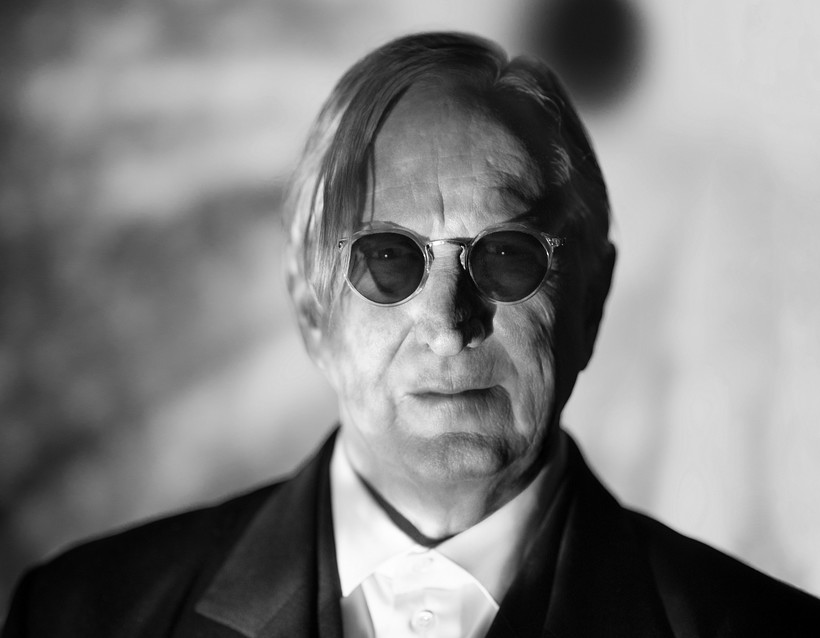 Album Takes On Tech Companies' Use Of Surveillance Capitalism
By Doug Gordon
Share: 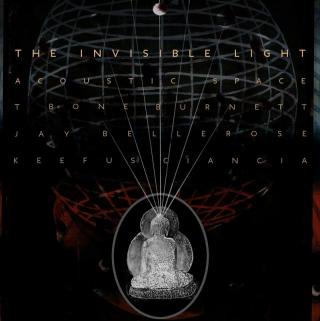 Joseph Henry "T Bone" Burnett is known for many things. He worked with the Coen Brothers on the critically-acclaimed and best-selling soundtrack for "O Brother, Where Art Thou?" He recently composed and produced music for the HBO series "True Detective." And he’s produced albums for many artists including the BoDeans, Elvis Costello and Sara Bareilles.

On top of all of that, Burnett has also released several of his own albums — his most recent, "The Invisible Light: Acoustic Space," is the first album he's released in over a decade. It’s unlike any of his previous music, it’s a fusion of trance, folk, tribal and global music.

Burnett told WPR's "BETA" where the title comes from.

"'The Invisible Light' is from 'Choruses from The Rock' by T.S. Eliot, which is an extraordinary beat poem and one I aspire to. And it’s the way he refers to divinity. But it also comes from this notion of this record takes place in a very dark space. But we’re generating a lot of life from within that dark space," Burnett said. "So if you can listen in to it, you hear the mirth, you hear the humor in it and you hear the love in it. And you hear the optimism of not ignoring the dark space we’re in but actually looking at it. Because as the book says, the darkness runs from the light."

"McLuhan said in acoustic space, there’s no center and there’s no border. So everywhere you are is the center," Burnett said. "And the thing about visual space is visual space is the space of the predator. You know, we look for the thing we want to eat. Whereas acoustic space, audio space, is the space of the prey. So that if we’re walking through the woods and a twig snaps behind us, we need to know that. So we hear from every direction."

McLuhan's idea of "acoustic space" is of special interest to Burnett because he's said that everything he does, he tries to do with a sense of place.

"That’s always been the most important thing to me," Burnett said. "When I was a kid ... there was a beautiful record that my parents had of a song called 'Begin the Beguine.' And that song would come on and I would be transported to another land. And I thought the power of music to do that was well, extraordinary, and it’s something I wanted to do the rest of my life, and I now have."

Burnett recently gave the keynote address at South by Southwest in which he spoke against the increasing power of big tech "surveillance capitalists" like Facebook and Google. He also quoted from Shoshana Zuboff's book, "The Age of Surveillance Capitalism: The Fight for a Human Future at the New Frontier of Power."

So what exactly is surveillance capitalism?

This idea of surveillance capitalism plays out on "The Invisible Light" through the idea of conditioned responses and electronic programming.

"We’ve gone through over a century of electronic programming as a race," Burnett said. "And it’s led to a whole plethora of different problems, some of which are neurological, like Alzheimer’s and autism and Asperger’s, those sorts of neurological disorders. But also a whole range of psychological disorders. But even beyond that, it’s led to, you know, a technology that was sold to us as a way to connect us all has, in fact, disconnected us all from each other and driven us further and further into these screens. I mean, how often have you walked into a room full of people and seen them all staring at their hands."

Burnett worked on the album with drummer Jay Bellerose and keyboardist Keefus Ciancia. Bellerose's drums are very prominent in the mix and Ciancia created several strange and disturbing sound effects that combine with Burnett's heavily processed voice to create a very Orwellian vibe.

"A lot of this music grew out of the film scores we’ve been doing, especially the 'True Detective' scores," Burnett said. "It’s a blending of that sort of electronic film score type approach with a very tribal, heavy rhythm vibe. It’s in a sense, a soundtrack or a score for a film that hasn’t been made."

The second song on "The Invisible Light" is called "A Man Without a Country." It ends with two minutes of very quiet, very soft ambient sound. We wondered if this was Burnett's tribute to John Cage, kind of a cover version of "4'33" in cut time or a speed metal version.

"Yeah, a speed metal version of '4'33,'" Burnett replied, laughing. "I don’t know what John Cage was up to with that. He certainly opened the door to this sort of thing. In a way, I'm sure it is, it certainly comes after Cage. The idea behind it was with all of this electronic programming, we’ve become victims of a very arcane behavioral modification that has shrunk our attention spans to, you know, three seconds. I think I read recently that the average attention span is under three seconds."

As you read this sentence, three seconds are passing by unless you're a really fast reader.

Are you still paying attention? If you are, great. We'll include a little more content.

Burnett has worked with guitarist Marc Ribot many times. When Ribot was a guest on "BETA," he talked about the difference between "protest" music and "resistance" music. Does Burnett see "The Invisible Light" as protest music or resistance music or something else entirely?